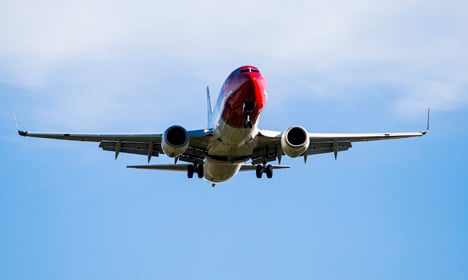 It pays off to know the local language when booking with Norwegian. Photo: Håkon Mosvold Larsen / NTB scanpix
American travellers looking to save a bit of money might want to take up the Norwegian language. Broadcaster NRK reported on Tuesday that prices for a round trip flight between New York and Oslo costs around 25 percent more if it is booked in dollars on low-cost carrier Norwegian’s English-language page norwegian.com/us rather than the norwegian.no site for Norway-based customers.
The airline’s communications director acknowledged the price difference and said it is simply a matter of letting the market dictate prices.
“In the US, demand for transatlantic flights with Norwegian is strong and growing because we have offered prices that no other companies can come close to – neither American nor European [airlines]. And when the demand in the US is so great, then the prices in that market will be adjusted somewhat,” Lasse Sandaker-Nielsen wrote in a statement provided to NRK.
Norwegian is not alone in offering its Norway-based customers lower rates. NRK also revealed that cruise operator Hurtigruten charges almost twice as much for ferry tickets on its American site than it does on its Norwegian one.
According to NRK, the average price for a double cabin on a late September cruise between Ålesund and Kirkenes cost 1,470 kroner on Hurtigruten’s US website – a full 77 percent higher than the 830 kroner the same tickets cost on the Norwegian-language site.
The cruise operator also charges significantly more on its German, French, UK and international sites, NRK reported.
The head of transport at Norway’s Consumer Ombudsman and the Market Council (Forbrukerombudet) said that Hurtigruten’s different price levels do not violate Norwegian law.