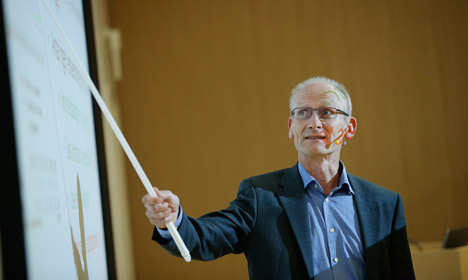 SSB's Torbjørn Eika presented highlights of Norway's economic outlook in Oslo on Thursday. Photo: Cornelius Poppe/NTB Scanpix
The surplus stood at 6.8 billion kroner ($825 million, €729 million) in August, a drop of 67.5 percent compared with a year earlier, the national statistics institute SSB said.
Exports fell by 13.1 percent, hit by natural gas sales that plunged 42.2 percent, with imports increasing by a nearly 11 percent.
See also: Norway runs deficit for first time in over 20 years
Outside of hydrocarbons and shipbuilding, Norway's trade balance had a deficit of 19.4 billion kroner.
Since the beginning of the year, Norway's trade deficit has shrunk by 48.3 percent compared with the same period in 2015. 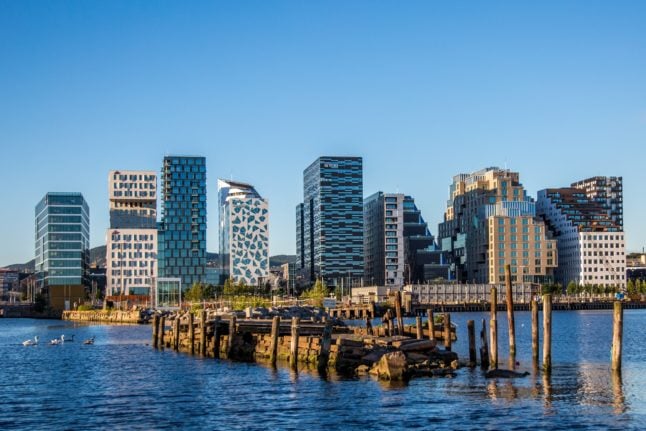 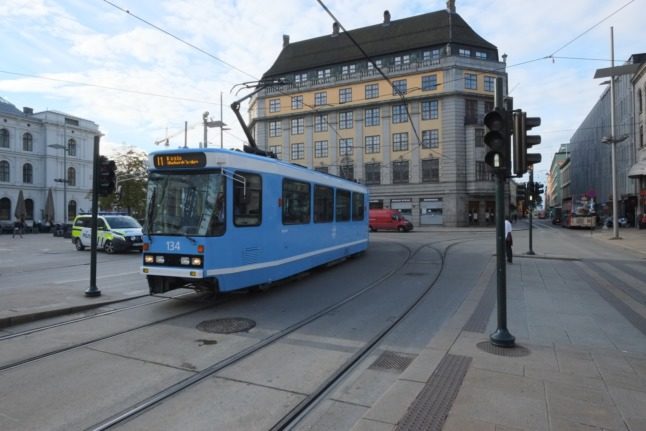 The Norwegian economy has bounced back to pre-pandemic levels. Photo by pichet wong from Pexels

“It is a milestone in the completely unusual period the Norwegian economy has been in since March 2020,” Pål Sletten, head of national accounts at the data collection firm, said in a report.

Between the first and second quarters, Norway’s mainland GDP, when excluding oil and foreign shipping, increased by 1.4 percent.

Statistics Norway believes that this is a sign that Norway is over the worst of the economic impact that Covid-19 has had on the country.

Some economists, such as Kjersti Haugland, chief economist at financial services group DNB, expected slightly more substantial growth overall but agreed that the progress was a milestone for the Norwegian economy.

“It shows that recovery is in full swing in the Norwegian economy,” the economist told public broadcaster NRK.

The Norwegian Confederation of Trade Unions has also welcomed the news and hopes that coronavirus measures being eased would help more companies bounce back and get more employees back to work.

“When we have relaxed the infection control measures, we expect and hope that consumers will be in place and that the companies will pick up the laid off and get the activity going again,” Roger Bjørnstad, chief economist at LO, told NRK.

As a result of the economic growth, it is now expected that historically low interest rates will rise as early as September.

“The second quarter has been stronger than Norges Bank has assumed. So in this sense, current figures are something that supports Norges Bank being able to start raising interest rates in September,” Haugland said.

Higher interest rates would signal more expensive mortgage repayments for those entering the property market in the future and for those with flexible interest rate mortgages. 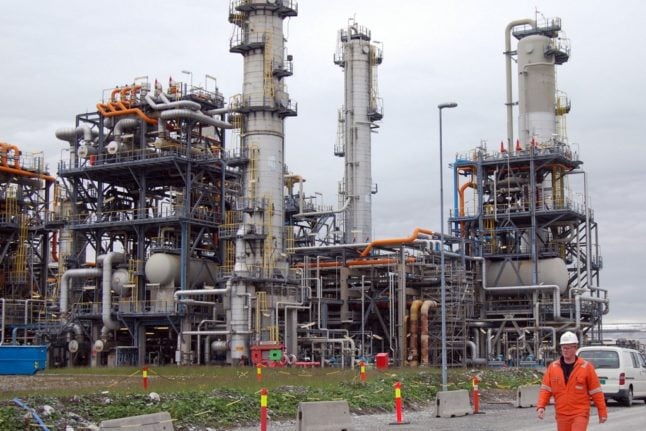 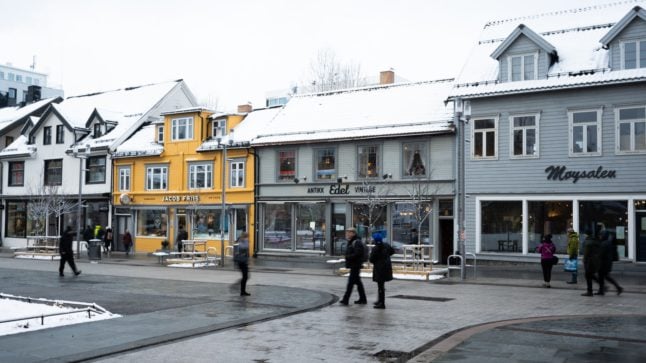 MONEY
How will the war in Ukraine impact the cost of living in Norway?
Url copied to clipboard!