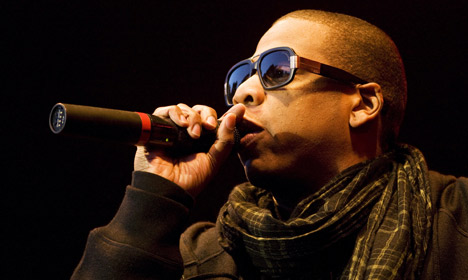 Jay-Z as seen at a 2008 performance at Hovefestivalen. Photo: Tor Erik Schrøder / SCANPIX
Tidal's parent group Aspiro posted a loss of 239.5 million Swedish kronor (€25.1 million, $28 million) last year, according to DN which examined the unlisted company's accounts.
Tidal is Aspiro's core holding.
Tidal has also received around a hundred payment default records since Jay-Z bought the company through his holding group Project Panther Bidco for $56 million in March 2015.
It has 3.6 million Norwegian kroner (€390,000 euros, $438,000) in outstanding payments due, DN claimed.
See also: Jay-Z claims he overpaid for Norway's Wimp
Aspiro, a Norwegian company headquartered in the Swedish town of Malmö, was not immediately available for comment.
According to DN, Jay-Z's lawyers have accused Tidal's former owners, including Norwegian media group Schibsted, of overstating the number of paying customers and having embellished the accounts ahead of the sale, a charge they have denied.
At the end of June, the Wall Street Journal reported US group Apple was in talks with Tidal regarding a possible purchase, aimed at beefing up its own streaming service Apple Music.
Tidal soared in popularity early this year after Beyonce — Jay-Z's wife — released her latest album 'Lemonade' exclusively on the service, although it was also broadcast in a film version on HBO and quickly made available on iTunes.
Tidal, which had a mixed reception after its relaunch last year, has also heavily promoted exclusives, such as albums by Rihanna and Kanye West.