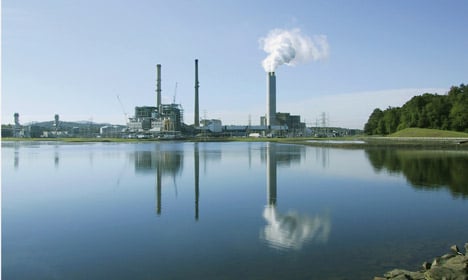 A Duke Energy plant in Ashville, North Carolina. Photo: Duke Energy
The fund, which is worth around 7.35 trillion kroner (€800 billion, $900 billion), has sold its stakes in the companies in line with a recommendation from its Ethics Council in April.
The Council said at the time: “For many years, these companies have among other things repeatedly discharged environmentally harmful substances from a large number of ash basins at coal-fired power plants in North Carolina.”
See also: Norway's wealth fund drops 52 coal companies
Despite several court rulings ordering the companies to remove or seal these ash basins, the planned measures are not expected to be fully implemented for another 10-15 years, the Council said.
The fund's decisions influence the market. In addition to the immediate financial consequences for the companies, the fund's moves are also closely watched and copied by other investors around the world.
The Norwegian fund's investment policy is run according to strict ethical guidelines, with a focus on sustainable economic, environmental and social development.
Those rules bar it from investing in companies accused of serious violations of human rights, child labour or serious environmental damage, as well as manufacturers of “particularly inhumane” arms, tobacco firms and companies who generate more than 30 percent of their sales from the coal business.
The fund has holdings in around 9,000 companies, owning the equivalent of 1.3 percent of world stock market capitalisation.