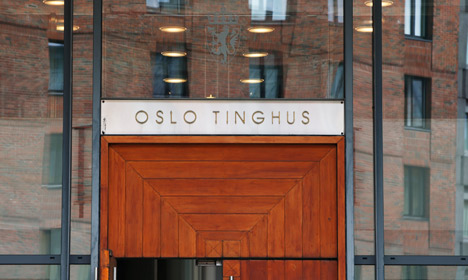 The Oslo District Court delivered the guilty verdict on Wednesday. Photo: Lise Åserud / NTB scanpix
The rapes and rape attempts all occurred in Oslo between 2007 and 2010. The man acknowledged in court that he had been in contact with the women, but denied that he attacked them.
The man was charged with eight total counts of rape or attempted rape. Two of those charges were revised to having sexual intercourse without consent. The man was also acquitted of an attempted rape in which there was no any DNA evidence.
The prosecutor had sought nine years of detention, pointing to experts who claimed that the defendant was very manipulative, has psychopathic traits and was very likely to carry out more sexual attacks.
The Iraqi man came to Norway as an asylum seeker in 2005. When police suspected him of rape in 2010, he returned to his home country. He was arrested last year after one of the women who reported him recognized him on the streets of Oslo.
In addition to the seven-year sentence, the man was also ordered to pay the women restitution totaling 730,000 kroner.
After the guilty verdict was delivered on Wednesday, the man request time to consider an appeal.