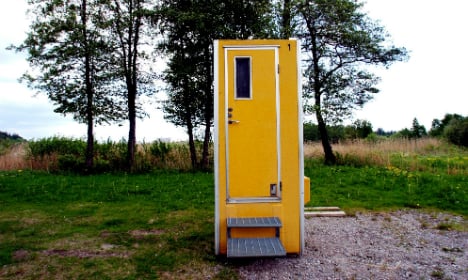 Cato Berntsen Larsen, 20, was able to climb through the toilet seat opening to recover the phone lying at the bottom of the outhouse, but was unable to climb back out again.

“First we tried to get the phone with a stick but that didn't work. So I jumped in,” he told daily VG.

“I was down there an hour, I was panicking,” he said, adding there were “animals” crawling on his body.

Overcome by nausea and vomiting, he tried in vain to pull himself out of the tank which is only emptied once a year, according to VG.

He ultimately decided to contact the fire brigade to help end his ordeal in the small town of Drammen outside Oslo.

“It was a fairly easy task for us. We sent a four-man crew with a chainsaw and they cut open the front of the (plastic) toilet,” fire brigade spokeswoman Tina Brock told AFP.

The rescue was a “first” for the local fire brigade, she acknowledged. “It was pretty full down there.”

The phone was not recovered.