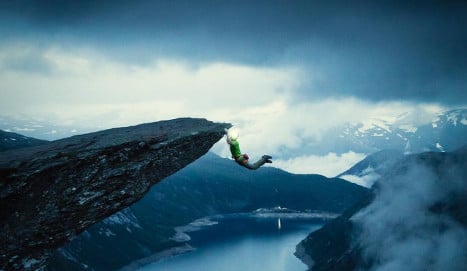 Magnus Midtbø was wearing a safety harness when he performed the stunt. Photo: Instagram
Champion climber Magnus Midtbø, 27, posted the image on Instagram after going climbing at the popular tourist attraction on the weekend.
“Treating my legs with a much needed break after a long hike to Trolltungen,” he wrote.
“Glad we decided to make a stop on the way south. Definitely worth the six hour hike! The question remains; can it be climbed?”
Kjersti Eidsnes from the local police district complained on the weekend that the stunt risked encouraging others without Midtbø’s skills to risk their lives.
“ My first thought is that when these kinds of images spread, some people will get the ideas of trying to outdo each other with similar energetic stunts,” she told state broadcaster NRK.
Norwegian local rescue services are being called out more and more often to Trolltunga as tourists clamber to take pictures on the promontory without preparing properly for the long climb up to the spot.
In September last year an Australian tourist fell to her death from the rock while she was posing for a photograph, one of dozens of accidents requiring the emergency services to be called out.
The rock, which juts out 700m above Ringedalsvatnet, a lake three hours West of Bergen, is one of Norway’s most popular attractions.
Midtbø has been Nordic climbing champion seven times, and is a former junior world champion in sport climbing.

One of the swapped signs in Strömstad. Photo: Jenny Åslund
The island of Gotland in the Baltic Sea is currently the only region in Sweden to which Norwegians are allowed to travel for leisure purposes under the new rules for travel in the Nordics introduced last week.
READ ALSO: Norway opens to Swedish tourists so long as they're from Gotland
On Thursday morning signs popped up where the name Strömstad had been replaced with the name and anchor symbol of Gotland, while mock-ups of ordinary municipal road signs had also been changed to read “Gotland”.

“Now the Norwegians who come can take a photo of themselves next to the sign and send it home as evidence,” Torbjörn Hallström, from the town's sign company Texthuset told Swedish state broadcaster SVT.
He said his friends had come up with the idea, but it had been his company who enacted the stunt.
“It was me and my son who did it,” he admitted. “When this thing with Gotland happened, a mate said 'you should get some signs up', but I thought I couldn't really do that. But then someone else came and said more or less the same thing, so this morning we just went and did it!”
Strömstad's economy is heavily dependent on Norwegians driving  across the border to stock up on sweets, snus tobacco, alcohol, and other goods which are cheaper than in Norway.
Kent Hansson, a country councillor told SVT that he thought the stunt was “fantastically funny”.
“It's probably significantly safer for Norwegians to go to Strömstad than to go to Gotland. We've got hardly any Covid-19 here at all,” he said.
SHOW COMMENTS 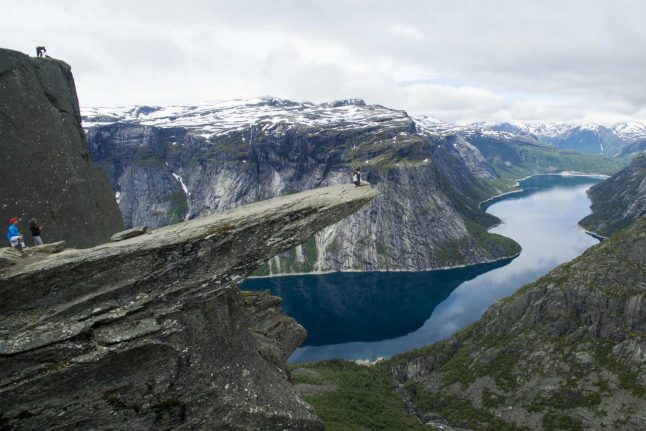 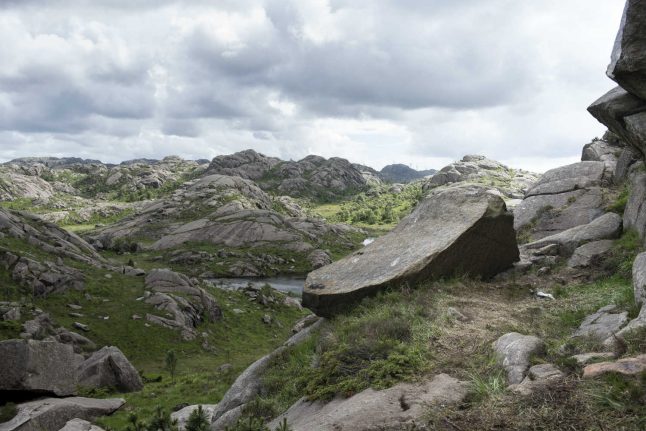 ART
‘Troll’s Penis’ to be re-erected in Norway
Url copied to clipboard!