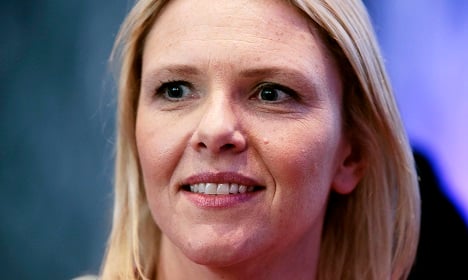 Only a few months after a number of immigration reforms aimed at making Norway a less attractive destination for refugees and migrants were pushed through the Norwegian parliament, Integration Minister Sylvi Listhaug of the anti-immigration Progress Party has now warned that further restrictions may be on the horizon.

In an interview with the Dagbladet newspaper, Listhaug said that the reforms implemented earlier this year were inadequate.

“It is first and foremost bad for the country that we did not introduce more restrictions,” said the minister.

Listhaug specifically noted that the areas of family reunification and the rules for unaccompanied minors ought to be reviewed.

“We have already warned the Labour Party that legislation should be more restrictive in these areas,” Listhaug said.

“It definitely cannot be ruled out that we must introduce more restrictions. We have to keep a close eye on what goes on in Sweden and Denmark. If restrictions in those countries result in more people making their way here, then we also have to enact measures.”

Listhaug has advocated a hard-line approach to immigration and asylum that has resulted in Norway's asylum numbers plummeting by 95 percent. Her policies have made her simultaneously one of Norway’s most admired and controversial politicians.

In the final four months of 2015, a record number of asylum seekers came to Norway. During the first four months of this year, the numbers plummeted by 95 percent according to the Norwegian Directorate of Immigration (UDI).