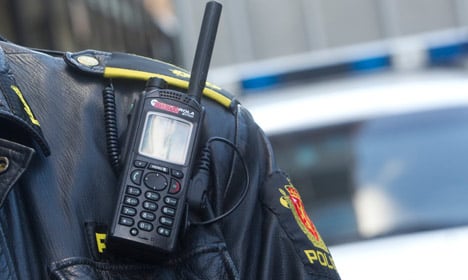 The Norwegian Police Federation is warm to the idea of outfitting officers with cameras. Photo: Morten Holm / Scanpix
Oslo Police tested body cameras last fall and has issued a report that recommends audio recording but is more sceptical about the use of video, according to Aftenposten.
The Norwegian Data Protection Authority (Datatilsynet – NDPA) said it welcomed the police’s sober assessment of the opportunities and challenges presented by outfitting officers with recording equipment.
“We can definitely envision situations in which the use of cameras would make a lot of sense, for example during intense missions. For completely ordinary service, [cameras] could prove more trouble than they’re worth. It would require a lot of procedures, training, and technical safety. The police would also have to deal with requests for access to the footage,” NDPA communications director Ove Skåra said.
Kåre Stølen, the head of Oslo’s Grønland Police Station, said body cameras can be useful tools and said the feedback in Oslo’s test project was positive.
The Norwegian Police Federation (Politiets Fellesforbund – PF) supported the use of body cameras, saying it would be positive to have video footage that could acquit or condemn police officers when accusations are directed against them.
“Many feel the strain of baseless complaints, and video would confirm or deny what really happened,” PF union leader Sigve Bolstad said.