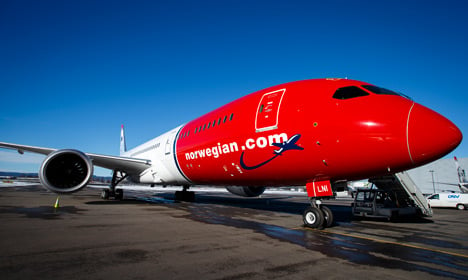 The weekend's cancellations are likely to cost Norwegian millions. Photo: Heiko Junge / NTB scanpix
Based on EU rates of compensation in case of airline delays or cancellations, Aftenposten has calculated that Norwegian will have to pay at least 17 million after the chaos of the past weekend, when upwards of 5,000 passengers were affected by 18 Norwegian flights that were cancelled on short notice.
That figure is in addition to expenses the airline faces for covering food and accommodation costs and any compensation to passengers who did not use their hotel rooms, rental cars and the like.
On Tuesday morning, departures from Oslo to London Gatwick were cancelled but the airline promised other traffic would be running as normal.
Norwegian would not comment on Aftenposten’s cost estimate, but said it would comply with EU rates.
“But what is covered and not covered is dependent upon factors surrounding the individual flights,” the airline’s communications director, Anne-Sissel Skånvik, told Aftenposten. She said the company will come up with their own figures within a few days.
Ingeborg Flønes from the Norway's consumer protection agency Forbrukerrådet says passengers are entitled to compensation if flights are cancelled for reasons within the airline’s control. Apart from bad weather and strikes, she said it would take a lot for airline to get out of their compensation responsibility.
Norwegian’s cancellations are largely due to the fact that the airline does not have enough pilots to work extra hours this summer. Here in the peak travel season, Norwegian is dependant upon pilots being willing to sell their holidays for double pay in order to reach adequate staffing levels.
Dagbladet has reported that the airline is now offering pilots four times their salary to trade in their holidays.
Last year, roughly 700 Norwegian pilots sold back a combined 3,500 holidays, newspaper VG reported.
The Norwegian Pilot Association said the airline’s reliance on holiday purchases is proof that Norwegian runs a staffing operation that is contrary to the basic principles of a collective bargaining agreement between the parties. The union argued in an internal document that the agreement has been breached by the large number of bought and sold holidays.