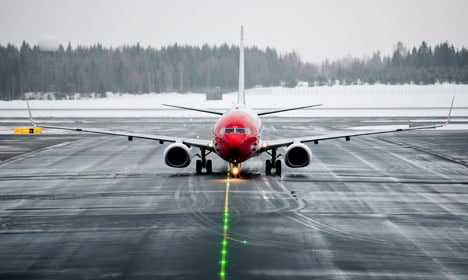 The union Parat hailed the court's decision. Photo: Jon Olav Nesvold / NTB scanpix
Seven pilots and seven cabin crew sued the airline because they believe that the parent company Norwegian Air Shuttle (NAS) – and not one of its subsidiaries – is their actual employer.
The employees also contended that the company has entered illegal labour contracts.
The court verdict sided with their claim and ruled that NAS is the employees’ true employer and that Norwegian has engaged in illegal hiring practises.
Hans-Erik Skjæggerud of the Parat union says the decision is very important for the future organization of the Norwegian labour market.
“Norwegian has repeatedly tried to evade responsibility as an employer and one of the most egregious examples we saw was during the pilot strike last year, when the company again moved employees to newly created subsidiaries in an attempt to avoid all of the serious responsibilities employers have for their employees,” he said.
“The verdict puts an end to business models which are solely intended to undermine workers' rights and prevent the protections of the Working Environment Act [arbeidsmiljøloven],” he said.
In court, the airline argued that employer responsibility is tied to employment contracts and that the transfer to a subsidiary was never legally contested.
“We need time to read the judgement and consider whether or not to appeal,” Norwegian’s communications director, Anne-Sissel Skånvik, told business news site E24.