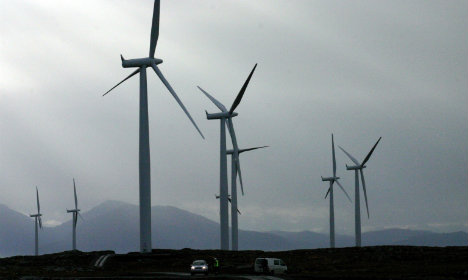 The park, which will consist of 50 turbines, giving it an output capacity of 160 megawatts – the biggest in Norway, reports Aftenposten.

The park has been at the planning stage for some time, with a concession for its construction having been approved by the Oil and Energy Department (Olje- og energidepartementet) in March 2014.

“It was us that contacted Google,” said Olav Rommetveit, director of engineering firm Zephyr, which will build the park in collaboration with Norsk Vind Energi.

“As far as I understand Google, it is a company that wants to make the world more sustainable,” continued Rommetveit in an interview with Aftenposten.

“One thing is that they have data centres that use energy, but they are also interested in buying power from sources that have not yet been built. That way they can contribute to increased production of sustainable energy,” continued the director.

Rommetveit told Aftenposten that, once the agreement with Google was in place, attracting investors to the project became easy. Investment fund Blackrock – one of the biggest names in the world in its sector – will provide the capital to build the park.

“It really is a dream come true. It’s unreal for a little company from Sarpsborg to be sitting at the negotiation table with giants like Google and Blackrock and signing contracts,” said Rommetveit.

A Google spokesman told Aftenposten that the company’s target of using 100% renewable energy was the reason behind its teaming up with the park at Tellenes.

“We have been carbon neutral since 2007. This is the first wind power agreement in Norway and the largest in Europe up to now. It’s a large step in the direction of our goal,” Google’s Gustaf Brusewitz told Aftenposten.

Brusewitz pointed to the integrated energy market in Europe, which enables energy purchased in Norway and Sweden to be used elsewhere, as another key factor in the firm’s decision to enter into the agreement with the Norwegian park.

“In this case Norway represented an excellent opportunity,” said Brusewitz.