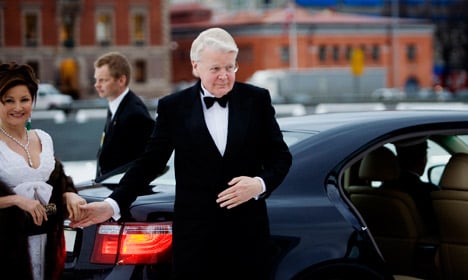 Iceland president Ólafur Ragnar Grímsson, shown here in 2008. Photo: Kyrre Lien/NTB Scanpix
“This fundamentally changes the geopolitical situation in our part of the world. The North Atlantic neighboring countries will have a new role,” Grímsson told Klassekampen. “When Britain leaves the EU, we will see a triangle that covers a large part of the globe: Greenland, Iceland, the Faroe Islands, Norway – and now the United Kingdom. One just needs to look at a globe to see it.”
He argues that with Brexit, northern countries will only become more and more important.
“The Arctic, or the far north, will have an increasingly central role. It is about trade, diplomacy, commodities and several other fields. We will not only become more important in a European context, but in a global context,” the experienced head of state continued.
He said that Brexit creates an opportunity that northern countries cannot afford to miss.
“The decision the Brits made creates a momentum, and we must make sure we create a system of close cooperation,” Grímsson said.
He also believes Brexit will make the European Free Trade Association (EFTA) much more relevant.
“It is of course up to the British to decide what to do, but this could give the EFTA partners a more important role than in previous decades. Norway and Iceland can, in a whole new way, work to ensure that this serves us well,” he added.