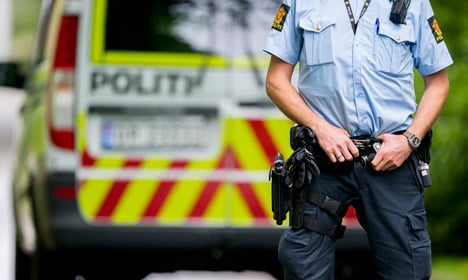 Ringsaker Police captured three Polish men in an operation in Elverum and Trysil on Sunday, after they ran into the forest to avoid arrest, reports NRK.

The picture posted on Facebook shows the officer and police dog standing by two of the men as they lie on the ground. The men's faces are not visible in the picture.

“Three smugglers caught red-handed in Trysil after trying to get away. Jane and her police dog Gjermund are in full control of this fine catch,” reads the caption posted with the picture.

The Facebook post been shared over 70 times and has received over 2,700 likes and 100 comments including both praise and criticism.

One Facebook user wrote that the policewoman should have “put her boot on the neck of the one at the front neck for more effect”, while another said that it was “amateurish to post pictures like this… you're not on a trophy hunt.”

A third user wrote the he found it “unacceptable to publish pictures of incidents during service.”

Ringsaker Police's acting head of department Kjell Kristian Ukkelberg told NRK that, although he considered the picture to be acceptable and a representation of normal police work, the text describing the men as a “catch” was “not good”.

“I don't think it is problematic, we're not identifying anyone. It's not worse than a night patrol being broadcast on television. We want to inform about the work of the police,” photographer Terje Krogstad, who took the picture, said to NRK.

Ringsaker Police repeated its admission that the expression “fine catch” (“fine fangsten”) was not appropriate in a follow-up post on its Facebook page on Monday. The post has now been edited to remove the word “fine”.