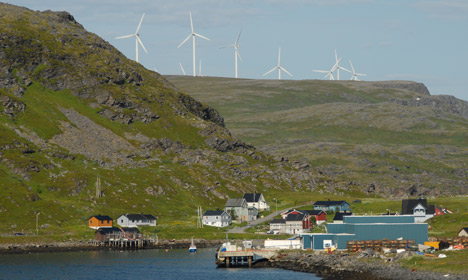 Norway will push its climate goals ahead by 20 years. Photo: AndiPu/Iris
Norway has previously stated that it aims to be climate-neutral by 2050, but the nation’s political parties have new reached a new climate agreement that moves the goal up by two decades.
“Climate neutrality shall be accelerated to 2030, as long as there is a global and ambitious climate agreement in place in which other developed countries undertake major commitments,” a proposal presented by parliament’s energy and environment committee reads.
Storting’s parties agreed that the Paris Agreement signed by 175 countries in December meets the “global and ambitious” conditions. The Paris Agreement set a target of limiting warming of the planet to “well below” 2.0 degrees Celsius (3.6 Fahrenheit) compared with the Industrial Revolution, while aiming for an even more ambitious goal of 1.5C.
Norway plans to hit its climate-neutral goal by using emissions trading both within and outside of the EU in order to counter all Norwegian emissions.
The Nordic nation of five million had previously said it would cut emissions by 40 percent from 1990 levels by 2030. That goal was to be hit in cooperation with the EU, which means that the emissions cuts do not need to be made nationally but can be achieved through the European Union Emissions Trading System (EU ETS), which Norway joined in 2008.
It was reported in February that participation in the EU ETS has not cut Norway's emissions, as Norwegian companies have found that it is cheaper to buy emissions allowances from abroad rather than cut their own emissions.
The new more ambitious goal of achieving climate neutrality in just 14 years is scheduled to be formally taken up by parliament on June 14th.