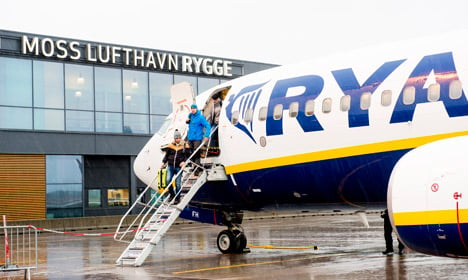 Passengers depart a Ryanair flight at Moss Airport Rygge. Photo: Jon Olav Nesvold / NTB scanpix
The budget airline had said it will close its base at Rygge because of Norway’s new mandatory passenger charge that is scheduled to take effect on June 1st. Without Ryanair, passenger figures at Rygge would plummet from 1.6 million travellers last year to under 500,000.
The planned closure of Rygge on November 1st is expected to cost 500 direct jobs and an additional 500 indirect positions.
Despite the blow to local employees, Prime Minister Erna Solberg defended Norway’s new passenger charge.
“No Norwegian airports will close because of a fee on flights,” Solberg wrote on Facebook. “In this specific instance, it is about Ryanair choosing not to use the airport at Rygge, apparently because of the new fee – a fee that doesn’t appear to hinder Ryanair from flying to other airports in Norway.”
Solberg said it was unfortunate that Moss Airport Rygge had become so dependent on Ryanair that the airline’s departure amounts to a death knell but she said the government wouldn’t bow in the face of pressure from Ryanair.
“This government will not be pressured by Ryanair when it comes to a fee that the Norwegian national assembly has approved and which in principle goes toward a green transition,” she wrote.
Ryanair would not directly confirm its plans to pull out of Rygge, saying it would make an official announcement next week. But a spokesman told broadcaster NRK that the airline stood by its previous statements that it will be forced to close its Rygge base because of the new fee. 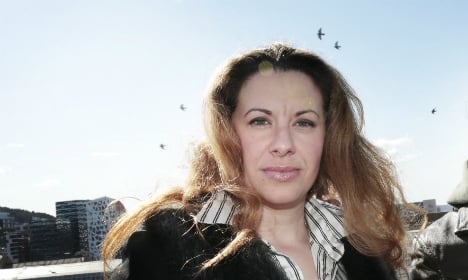 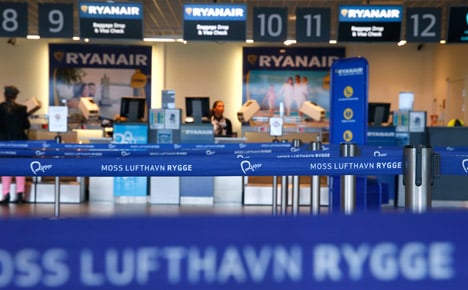