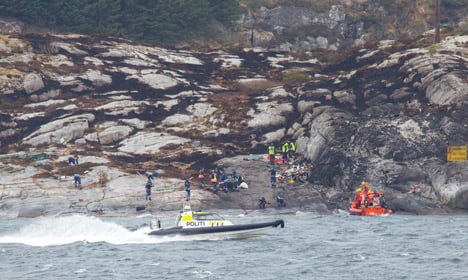 The pilots reportedly gave an "everything okay" update shortly before the crash. Photo: Torstein Bøe / NTB scanpix
“We are not aware of any distress signal sent by the helicopter,” an official fromthe Accident Investigation Board Norway (Havarikommisjonen – AIBN), Koare Halvorsen, told AFP.
“We don't hear anything like that” on the voice recorder box, one of the chopper's two black boxes, he said.
See also: All 13 on board die in Norway helicopter crash
The EC225 Super Puma built by Airbus Helicopters crashed Friday on a small island in the archipelago off the western city of Bergen, en route from a North Sea oil platform.
Thirteen people were killed, including 11 Norwegians, one Briton and one Italian.
Aviation expert Per Gram said the pilots probably had no time to react before the helicopter crashed, killing them and the eleven others on board.
“That no distress call was issued indicates a very sudden event. The pilots did not manage even to press the button,” the retired pilot said. “They did not do anything; the accident must have happened in a fraction of a second.”
“Everything OK”
AIBN confirmed that officials have listened to the information on helicopter’s cockpit voice recorder, and that they are not aware that it was sent out distress call before the crash at Turøy.
A transcript of what was said in the cockpit before the crash can be used in the investigation report if it is important to understand the accident, but the recorded sound will not be released, an AIBN official said.
It may take a year before the final report is ready.
According to broadcaster NRK, the pilots gave the control tower a short “everything okay” message prior to their approach and did not mention any problems on the flight inland from the North Sea.
Helicopter grounded
Following Friday’s tragedy, many in the oil industry have said that the helicopter model involved, an EC225 or Super Puma, should be removed from service.
“A lot of people are clearly anxious and do not want this type of helicopter. The feedback I've gotten is that ‘we can’t have these helicopters” and that ‘there have been too many accidents to trust it’,” Hilde-Marit Rysst from the union SAFE said.
Broadcaster NRK reported that ten helicopters of the same model in Norway were retired from use in 2012 after two of them were involved in emergency landings.
Norway's civil aviation authority said it had grounded all EC225 helicopters until further notice.
The names of eight of the 13 victims had been released as of Monday morning. Killed in Friday’s crash were Arild Fossedal (43), Odd Geir Turøy (54), Otto Mikal Vasstveit (54), Behnam Ahmadi (54), Kjetil Wathne (51), Iain Andrew William Stuart (41), Ole Magnar Kvamme (60) and the Italian pilot Michele Vimercati (44).
The families of the other victims have thus far requested to keep their names private.
Friday's tragedy was the deadliest helicopter crash in Norway since 1978 when a Sikorsky S61 crashed at sea, killing 18 people. 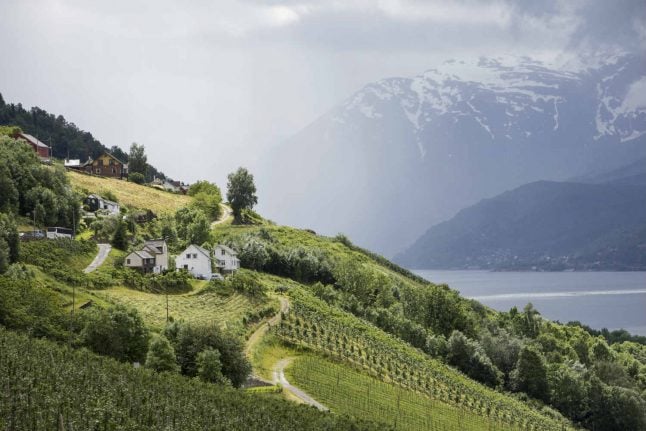