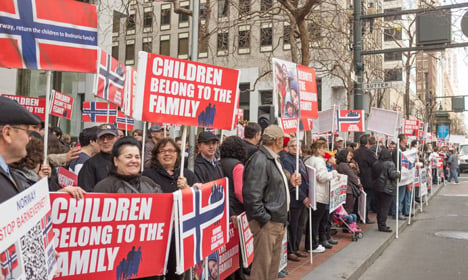 Demonstrations are expected in 70 different cities. Photo: BodnariuFamily.org
After a wave of demonstrations over the past several months, the Norwegian Child Welfare Service (Barnevernet) will be the subject of a coordinated ‘day of action’ that could draw as many as 300,000 people, organizers told The Local.
Spurred by a high-profile case in which five children were removed from their Norwegian/Romanian parents’ care by Barnevernet in November, Norway’s child welfare service will be the subject of protests by those who say the agency “kidnaps” children.
On Saturday, coordinated demonstrations will be held worldwide, including at five locations in Norway.
“Protests will be held in 70 cities in 29 countries and more than 300,000 people worldwide are expected,” said Czech MEP Tomáš Zdechovský, a leading voice in the Barnevernet protests.
The protests will be broadcast live by Romanian media outlets and organizers say they are aiming to set a world record as the “largest protest against human rights abuse towards children and family”.
One of several anti-Barnevernet videos available online. Story continues below
New case: Newborn twins taken at birth
Much of the protest movement centres around the Norwegian/Romanian Bodnariu family, who have become a rallying point for both Romanians and the international Evangelical community. But their case hardly stands alone.
Just this week, Barnevernet returned twin girls to their parents after authorities took the children away just hours after their birth.
The agency based the removal of the children on a medical report that wrongly concluded that the babies’ 24-year-old mother, Natasha Myra Olsen, suffered from mental illness. After two psychology experts testified that the diagnosis, which was given when Olsen was just 13, was incorrect, authorities ruled that the couple would have their children returned to them. Barnevernet, however, refused to apologize for taking the children in the first place.
“Difficult for foreigners to understand”
Anders Henriksen, the head of section at the Norwegian Directorate for Children, Youth and Family Affairs (Bufdir), said that controversial child removals often have an element of cultural misunderstanding.
“The Norwegian Child Welfare is a system which can be difficult to understand for foreigners who settle in Norway. It may be challenging for them to understand that a public institution like the Norwegian Child Welfare can intervene in the private life of a family, and take over the care of the children,” he told The Local.
Henriksen said that a total of 1,664 children were taken into care in 2014. Of those, 424 had mothers who were born abroad.
“The Norwegian Child Welfare Act's main purpose is to ensure that children who live in conditions that can harm their health and development are given necessary help and care. The Act applies to all children in Norway, regardless of their residential status, background or nationality/citizenship,” he said.
“All children in Norway should grow up in a secure environment,” Henriksen added.
Child removals on the rise
According to the Norwegian Ministry of Children and Equality, the overall number of children and young people removed increased by roughly 50 percent between 2008 and 2013.
TV2 reported this week that child removals are now increasingly happening immediately after birth. In 2008, Barnevernet took over the care of 16 children immediately following their birth. By 2014, that number had tripled to 44.
With the increase in cases, there has also been a rise of voices critical of Norway’s child protection practices.
In an open letter, 170 Norwegian child protection professionals including lawyers and psychologists called Barnevernet a “dysfunctional organisation which makes far-reaching errors of judgement with serious consequences”.
And the criticism has extended far beyond Norway. Citizens of the Czech Republic, Russia, Lithuania, India, and Brazil, among other countries, have accused Norway of abusing authority and ruining families.
So while Barnevernet and Bufdir say they are acting in “the best interest of the child”, those taking to the streets on Saturday counter that Norway’s “diabolical system” is destroying families.
Organizers of Saturday's protests say that Norwegian authorities remove children for highly questionable reasons, such as not properly putting away folded clothes, using too much soap on the child and dressing children too “prettily”.
While he couldn't discuss individual cases, Henriksen said that in most instances, children are removed because of “maltreatment, violence, substance abuse, psychological problems, drugs and sexual abuse”.
“It is required that people living in Norway obey Norwegian law [and] it is forbidden by law to punish children in Norway physically and psychologically,” he said.
The Bodnariu family at the centre of much of the international attention plans to attend the anti-Barnevernet demonstration in Stryn, organizers said. 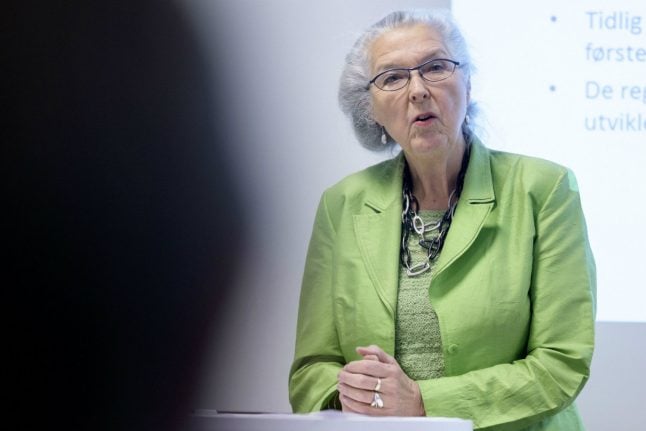 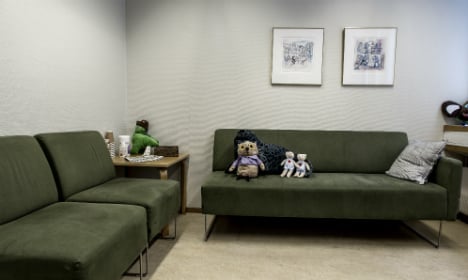