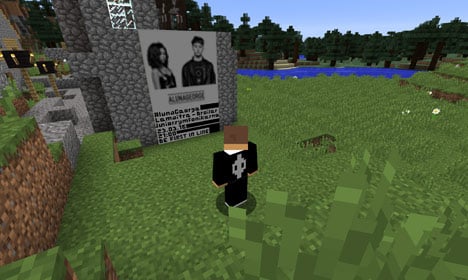 The concert is also being promoted in Minecraft through posters and large billboards. Photo: Heisholt Inc.

Just as it has done in years past, the massive Norwegian tech conference The Gathering, which is expected to attract up to 6,000 people to Hamar, will kick-off with a concert.

But this year's curtain-raising act will be somewhat more unique.

Artists Lemaitre, Broiler and AlunaGeorge will not only perform on the Hamar Olympic Hall stage, their concert will be simultaneously recreated within Minecraft.

The game, which was originally released in 2011, enables players to build 3D constructions out of textured cubes, with in-game activities including building, combat, exploration and adventure.

“There have been plenty of other music experiences in the Minecraft universe, but not like this. This will be the world's first live Minecraft concert,” Erik Heisholt, the creative chief and founder of Heisholt Inc. and Gathering organiser, told The Local.

As the musical artists perform in the real world, a team of gamers will simultaneously recreate their movements within Minecraft. All artists have been given their own Minecraft avatars and the volunteer  gamers working backstage will sync the avatars' movements with those of their human counterparts, giving other gamers far from Norway the same experience as those in the hall.

Heisholt told The Local that his team is promoting the concert within Minecraft just like they would in the real world with posters and billboards telling Minecraft users to be “first in line” for the concert. Because just like a physical concert venue can only hold so many fans, the server running the concert will also have limited space.

“I'm sure they'll be able to accommodate around 2,000 to 3,000 people, so this will have the same sort of feel as seeing a show in small concert venue,” he said.

Heisholt said that The Gathering provides the “perfect arena” for making Minecraft history, given its huge popularity amongst gamers in Norway and beyond.

“Music and gaming go hand in hand and here we will have talented artists performing in an exceptional setting. That is will be performed as a concert and a stream in Minecraft is enormous,” he said in a press release.

The opening concert, both in Hamar and in Minecraft, begins at 9pm on Wednesday March 23rd. Just like in the physical concert hall, virtual space for the concert will be limited. Photo: Heisholt Inc. 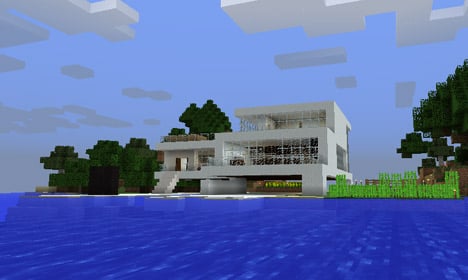 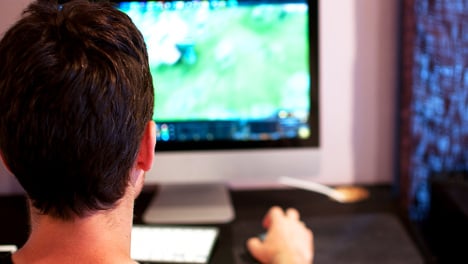