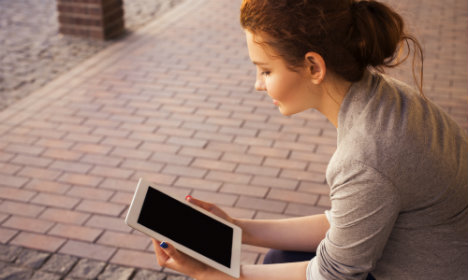 The news comes as police in Oslo charged three teenaged boys with repeated rapes of underage girls. The boys are also accused of filming scenes of a sexual nature and posting them on social media.

“Oslo Police has, over a period of time, been investigating a number of reported rapes connected to a certain youth group in Oslo. On Tuesday, we carried out a major operation in which we arrested three teenaged boys who are collectively charged with several cases of rape against younger girls, some of whom were under the legal age of consent,” senior officer Kari-Janne Lid told newspaper VG.

According to the police, the videos were shared on closed Facebook groups and blog sites as well as directly to classmates on mobile phone screens.

One of the three people charged has been released, while the other two await judgement as to whether they will be remanded in custody, according to news agency NTB.

The case reflects a trend of young people becoming more and more reckless and led astray online – and the helplessness of their parents in stopping them, according to Fredy Joaquin Salazar, a police expert on sexual offences, and Eline Liljedahl, a specialist researcher with the police unit countering online crime.

Salazar and Liljedahl told VG that teenage boys and girls are often lured into sharing an explicit picture by someone they like and who they think is interested in them. They are subsequently threatened and told that the first picture will be posted publicly if they do not provide further, more explicit, images and videos.

“We have gone past the point where parents are able to control what young people are doing on the Internet. If they want to, they can easily hide [their activities] from adults. What parents must do is have constructive discussions with their kids. They must explain that there are always people out to trick them.

“They must also explain that it is not okay to force somebody to do something, because many young people only become offenders to protect themselves. They see the internet and the real world as different things,” Salazar and Liljedahl are quoted by VG-Nyheter.

Liljedahl said that victims can often be heard crying at one end of the line while being coerced and extorted by the person at the other end.

VG reports that this type of criminality has seen a rise in recent years, with 552 more sexual assaults of all categories reported in the second half of 2015 than in the same period in 2014.

Liljedahl says that the only way to be safe is to avoid sharing explicit images entirely.

“Don’t post naked photos of yourself. Don’t send them on Snapchat. Don’t take them in the first place. Somebody could get hold of them,” said Liljedahl.