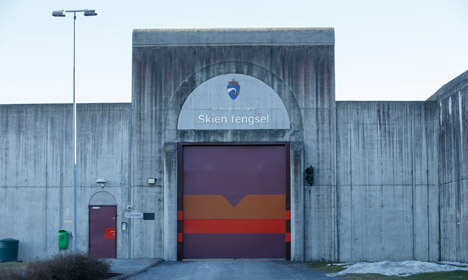 The victims' support group encouraged people to stay away from the "absurd" trial. Photo: Cornelius Poppe / NTB scanpix
The head of victims’ support group has encouraged those affected by the June 22, 2011 terror attack should protect themselves from following Anders Behring Breivik’s civil trial on his prison conditions when it gets underway next month.
“The coming trial is a major trigger for many people. We have given our members the advice to shield themselves from it as much as possible,” Lisbeth Kristine Røyneland, the head of the Support Group (Støttegruppen) told broadcaster NRK.
Breivik has sued the state for what he says are human rights violations and due to security concerns the Oslo District Court has agreed to hold the trial in the Skien maximum security prison, where the convicted domestic terrorist is serving his time.
In his case against the state, Breivik has complained about the use of handcuffs and limitations on his correspondence, among other things, and says that holding him in isolation and limiting his communication constitute human rights violations.
The trial will take place between March 15-18 and members of the Support Group have been allotted four seats to watch the court case in person. Røyneland, however, has encouraged victims’ families to stay away.
“The whole case is simply absurd. The state – that’s us, so therefore it feels very strange,” she said.
Breivik is serving a 21-year-sentence, with a minimum term of ten years, for the bombing of Oslo’s Regjeringskvartalet (the Government quarter) and the mass killing on the island of Utøya on July 22, 2011. A total of 77 people were killed in the attacks.