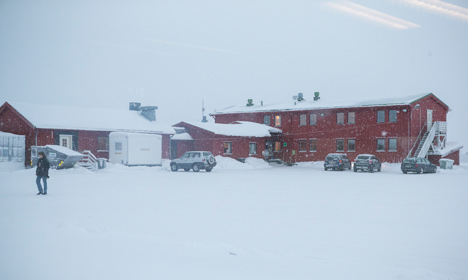 Kripos said that known sex offenders are carrying out attacks at Norway's asylum centres. Photo: Torstein Bøe / NTB scanpix
Underage asylum seekers are being sexually abused by fellow centre residents and outside visitors, Klassekampen reported.
“Unaccompanied minors and other children in the reception centres are especially vulnerable. We have seen that well-known sexual offenders frequent the centres for unaccompanied minors and there have also been reports of abuse,” Kripos spokesman Eivind Borge told the newspaper.
Borge did not detail how many cases of sexual abuse there have been other to say that there have been several individual incidents reported. Beyond that, Kripos believes that there are also a number of unreported cases.
“We assume that there is likely an under-reporting of instances. Cases could be hidden because of the experiences many of the asylum seekers might have had with police and authorities in other countries,” Borge said.
Kripos regularly monitors and reports an overview of crimes at Norway’s asylum centres by collecting reports from the country’s police districts.