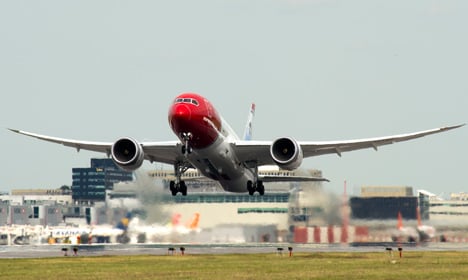 The engines will power Norwegian's new Boeing 787 Dreamliner aircraft. Photo: Norwegian
“Rolls-Royce has won a $2.7bn order from Norwegian for Trent 1000 engines… for 19 new Boeing 787 Dreamliner aircraft,” it said in a statement adding that the deal included long-term service support.
The contract also includes servicing for another 11 leased Boeing 787s that have yet to enter service.
“This decision further develops our relationship with Rolls-Royce and we look forward to operating aircraft powered by the latest version of the Trent 1000,” said Bjørn Kjos, chief executive of Norwegian.
Norwegian also has options for a further 10 aircraft which, if confirmed, would be powered by the Trent 1000 engine, Rolls-Royce added.