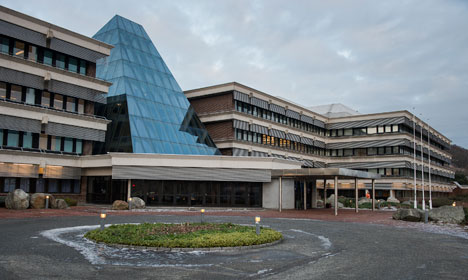 The possible attack was alleged to have taken place in the Forus Akuttinnkvartering asylum centre's common area. Photo: Carina Johansen / NTB scanpix
In a press release sent on Thursday, police said that the boy has been examined by hospital officials and his mother has given statements about what happened at the Forus Akuttinnkvartering asylum centre on January 6.
“The boy was quickly taken in and examined at the hospital along with his mother. The information that police have received thus far from these examinations weaken the suspicion that there has been a sexual assault,” the statement read.
See also: Boy, 3, possibly raped at Norway asylum centre
Police said that it was asylum centre representatives that reported the possible rape at the facility.
The alleged rape reportedly took place in the centre’s common area. A police spokesman said on Monday that the boy and several other people had been questioned.
On Thursday, police said that they still have not gotten to the bottom of the case.
“The police are awaiting further analysis results that we hope can contribute to clearing up what happened,” the police wrote.