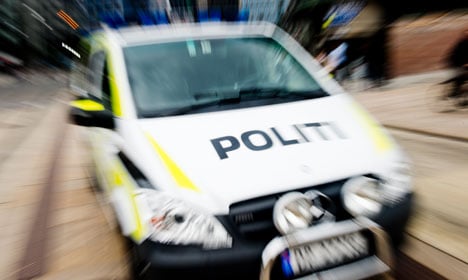 Police said they are "investigating the case as if the worst thing has happened". Photo: Jon Olav Nesvold / NTB scanpix
“We have no suspects yet,” police superintendent Bjørn Kåre Dahl told Stavanger Aftenblad.
The police went out to the asylum centre on January 6 at around 10pm after receiving a report of a possible rape of a child at the centre.
“We are investigating the case as if the worst thing has happened and that we are talking about the rape of a child,” Dahl said.
The alleged rape reportedly took place in a common area. The boy was quickly taken care of and driven to the rape crisis clinic with his mother and then to the children’s ward at Stavanger University Hospital.
Dahl did not rule out that there could be several perpetrators.
“We will investigate further to find out what happened. If it is what we fear – a rape – then this is very serious. But we do not know for certain yet,” he said.
Dahl said that the boy and several other people have been questioned.
“We also had crime technicians on the site. Material was sent to the Norwegian Institute of Public Health for analysis. There, they will look for DNA among other things,” he said.
Lars Petter Einarsson, a spokesman for the asylum centre, told NTB that they received a phone call about the incident on Wednesday. The call came from outside the centre, but Einarsson did not want to go in to further detail about the conversation.
“We had many people at work, both sanitation workers and security guards, but nobody saw anything. But we immediately took the case to the police, as is the routine, and they came out. We have had a good dialogue with them throughout,” he said.
There are currently 781 asylum seekers at Forus, including men, woman and children.
TV2 reported that the boy was living at the centre with his family.