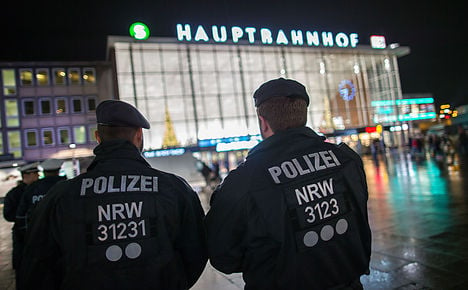 German police have now received over 500 complaints from Cologne's New Year's Eve celebrations. Photo: Maja Hitij/Scanpix
“I, like so many others, am shocked over what happened. We must ensure that we do all we can so that the same doesn’t happen in Norway,” Listhaug told NTB.
“We have quite good routines at the asylum centres for informing those who come about Norway values and what is okay here. Thus far there hasn’t been any such incident in Norway and there is no reason to believe it will happen here,” she added.
See also: Norway teaches migrants about respecting women
Police in Cologne said on Sunday that over 500 complaints have been lodged about New Year’s Eve incidents, including 40 percent that are related to sexual assault.
Even though no arrests have been made or formal charges laid, Cologne police said those suspected over the rampage near the city's railway station a week ago were mostly asylum seekers and illegal migrants from North Africa.
Read the latest on the Cologne attacks on The Local Germany
Listhaug said she understands that people have been frightened by the attacks.
“I understand that it shocks people. But it is always important to remember that the vast majority [of asylum seekers, ed.] are law-abiding citizen who have done nothing wrong,” she said.