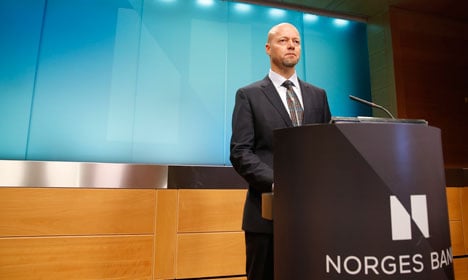 Fund CEO Yngve Slyngstad. Photo: Terje Pedersen / NTB Scanpix
An ethics council that advises the central bank on the fund's investments said ZTE was facing corruption allegations in 18 countries and the group was or had been under investigation in 10 of them.
“The council has concluded that the company has failed to demonstrate satisfactorily that internal anti corruption procedures are being effectively implemented in its business,” the council said.
“In conjunction with previous corruption cases and the fact that the company operates in a sector and in many countries associated with a high risk of corruption, this finding indicates that there is an unacceptable risk that the company may once again become involved in gross corruption,” it said.
The Norwegian fund, valued at 7.32 trillion kroner (756 billion euros, $820 billion), has as a result sold its entire stake in ZTE. According to the latest figures available, at the end of 2014 the fund held 0.15 percent of the Chinese group, a stake worth $11.37 million at the time.
The fund, which holds stock in more than 9,000 companies and controls 1.3 percent of the world's market capitalisation, follows strict ethical guidelines that bar it from investing in groups accused of serious violations of human rights, child labour or serious environmental damage, as well as manufacturers of “particularly inhumane” arms, and also tobacco firms.
ZTE joins some 65 companies already on the fund's blacklist, including corporate giants such as Airbus, Boeing, Lockheed Martin, Rio Tinto, Philip Morris and Wal-Mart.
The fund draws investment money from Norway's huge oil revenues, and is intended to pay for future generations in the welfare-state after the country's oil wells run dry.