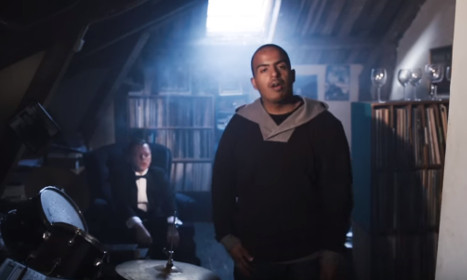 Rapper Richard ‘Pumba’ Bravo is one of those who have publicly criticized racism at Oslo's clubs and bars. Screen grab: YouTube/Pumba

Several non-ethnic Norwegian celebrities have spoken out, corroborating an investigation by the Anti-Racism Centre (Antirasistisk senter), which found that seven out of eleven bars in Oslo denied entry to would-be guests based on the colour of their skin.

The centre’s investigation, which was carried out in 2011, involved sending four non-ethnic Norwegians to bars or nightclubs around Oslo, followed by four white Norwegians.

In seven out of eleven cases, the first group was turned away with only spurious reasons given, while ethnic Norwegians were given seemingly open entry to the bars in question.

“The reason given is that they are not on a guest list, or were not invited. Then we sent a group of young people with ethnic Norwegian appearance. They were allowed in, even though they were not on any kind of guest list,” Ervin Kohn of the Anti-Racism Centre said to NRK.

A number of high-profile non-ethnic Norwegians have spoken to NRK about their own experiences with discrimination in Oslo’s nightlife.

“In 2009 I went out to celebrate a pal’s birthday with four friends. The doorman turned me away because I was wearing basketball shoes. But I saw ethnic Norwegians with the same type of shoes going in. That is just one example,” said Sandeep Singh, a judge on TV talent show Idol, a Norwegian equivalent of X-Factor.

“We were five friends, all dark-skinned. The bouncer says that it’s a private event with a guest list. We then watch eighteen people go in, without the bouncers checking any kind of guest list. We were quite young, but eventually we figured that was just how things are,” Hussein told NRK.

Rapper Richard ‘Pumba’ Bravo also recalled the use of dress code as an excuse by venues barring him and friends from entry.

“We were usually told the place had a dress code. But we were wearing the same thing as everyone else that went in. The craziest thing I have been told was that I could not come in because I was wearing a hat. When I suggested that I could take the hat off, the doorman turned me away anyway.”

Although two bars in Oslo had their licences temporarily suspended in 2015 after being found to have racially discriminate against customers, new rules to be introduced in 2016 have been criticized for making it more difficult to punish bars for similar transgressions.

According to the new rule, a bar or club is allowed twelve ‘strikes’ before losing its license. Each time a bar is found to have broken discrimination laws, it receives two strikes. In other words, it must be caught six times.

“It is becoming easier to serve binge drinkers and more difficult to fight racial discrimination in our nightlife,” said Oslo’s commissioner for industry and ownership Geir Lippestad to NRK.

Bravo, who said that he no longer experiences discrimination due to his public profile was also asked whether he would have preferred an honest reason to have been given for his past rebuffs.

“I don’t know whether it would have been easier to accept, but at least it gives you something tangible,” he said.

“But whichever way you twist and turn it, it’s wrong. If you are old enough to go to a club, you should be let in.”