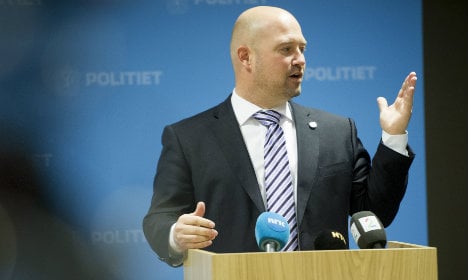 Minister Anders Anundsen told NRK that he felt current laws were too lenient and that more had to be done to prevent Norwegians from fighting for the likes of Isis.

“It can be difficult to prove what foreign fighters have been doing in conflicts such as those in Iraq and Syria. This proposal will forbid all forms of non-state military activity,” the minister said.

Anundsen, who believes the phenomenon of Norwegians travelling to Syria to support Isis represents a “serious societal problem”, told NRK that the proposals aimed to directly address this problem.

A further aim of Anundsen’s proposals is to make it easier for intelligence services and police to arrest and charge people suspected of travelling to conflict areas, thereby preventing this from occurring in the first place.

“We have, until now, been required to demonstrate a connection to a registered terror organisation. This will no longer apply,” the justice minister said to NRK.

Similar measures implemented by the Danish government earlier in 2015 have so far resulted in 14 charges and seven travel bans in Norway’s southern neighbour, including a controversial case in which a Danish Kurd who had fought for the Kurdish Peshmerga militia against Isis had her passport confiscated.