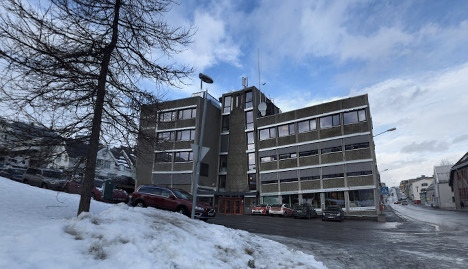 The Child Welfare Service in Tromsø, the largest city in Northern Norway (but not necessarily where the man worked). Photo: Google Street View
According to the indictment, the man, who is in his 50s, abused his eldest daughter in the family home, both in Norway and abroad over a period from 2006 to 2009. He then made assaults on his youngest daughter in the summer of 2012.
In both cases, he first drugged them with sleeping pills making them incapable of resisting his assaults.
The man has also been charged with “manufacturing and possession of child sexual abuse or pictures which sexualize children,” as he took pictures and videos of the assaults on the elder daughter.
According to Norway’s VG newspaper, the man worked in a management position for Norway's Child Welfare Service (Barnevernet) at a municipality in northern Norway between 2009 and 2014, during the time he assaulted his younger daughter.
“The family has lived in a permanent situation it described as psychological and physical violence, with violent threats and also widespread sexual abuse of especially one daughter, which appears to have been pretty awful,” one lawyer told VG.
“At the same time the defendant outwardly appeared to be a successful person who helped others.”
The trial starts next Tuesday at a district court in northern Norway.
Url copied to clipboard!