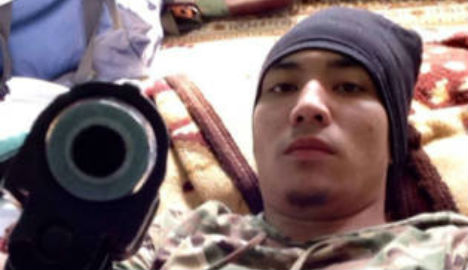 Abdul Hakim Sanchez Hammer, who is thought to have been killed at the end of last year, told journalists from state broadcaster NRK in 2014 that once the traditional homelands of Islam had been united under a single caliph, the group would begin to conquer new lands.
“I know it’s going to happen in Norway someday in the future,” he said. “Allah has promised us victory. But do not despair. We are not people who kill civilians like that dirty psycho Brevik who killed civilians. Islam is not like that.”
NRK’s journalists maintained sporadic contact with Hammer from the day he travelled to Syria in December 2013 until November 2014.
They only published details of their conversations on Wednesday because Norway’s Police Security Services (PST) said they no longer required his bank accounts to be frozen, indicating that the authorities now believe he is dead.
“What is happening in Syria, Iraq and Afghanistan is ‘defensive jihad’,” Hammer told NRK. “If you examine the history, this was our land. But the unbelievers took it from us. It is our right to take it back.”
He maintained however, that the time of “offensive jihad” would one day come.
In the interview he also denied that Isis was persecuting Christians because of their faith.
“There are many Christians who live under Isis in Raqqa. They are under Isis’s protection because they pay taxes.”
Thomas Hegghammer, a researcher at the Norwegian Defence Research Establishment, said that the talk of conquering Norway should not be taken too seriously.
“I do not think it means that there is an imminent Isis invasion of Norway,” he said. “This is normal Isis rhetoric. You can hear the Isis leaders say: ‘If it is not we who are to take over the West, then it will be our grandchildren.’ It is a way of saying that Isis is going to take over the world at one time or another.”