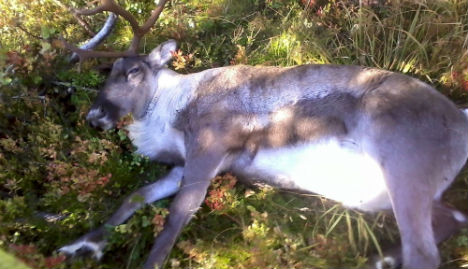 One of the reindeer found dead in the summer and autumns of 2014 and 2015. Photo: Brattefjell-Vindeggen Wild Reindeer authority.
A team at that Norwegian Veterinary Institute last week reported that its investigation had failed to identify any signs of bacterial infection or malignant catarrhal fever — the two most likely causes of death.
“We don’t have any explanation for it,” Kjell Handeland at the Norwegian Veterinary Institute told The Local. “We did some examinations on malignant catarrhal fever. It’s a disease which you can see by examining brain materials. But we didn’t see anything.”
A total of 14 reindeer have been found dead over the last two years in the Brattefjell-Vindeggen National Park in central Norway.
All were male, none of them showed any outward signs of sickness or injury, and all 14 appear to have simply dropped dead where they were standing.
“It’s a bit special that it’s only the male reindeers who are dying,” said Jon Svartdal, chairman of the body which supervises the reindeer.
“Why? We don’t know. If it was the result of poisoning, they would also be female. It really is a mystery.”
Anders Mossing, an adviser at Norwegian Wild Reindeer Centre, said that the situation was very unusual.
“We have had episodes where both livestock and other wildlife have consumed poisoned water or other things, but then we have found the cause of death fairly quickly,” he told NRK.
Dr Handeland suggested that the reason only males are found dead could have something to do with a period before the rutting season, when the male deer separate themselves from the herd.
“Before the rutting season, they move around alone, so they don’t join the whole herd,” he said. “Maybe they are grazing in an area where they pick up something which causes disease. That could be a hypothesis.”
He said that he hoped that to able to get hold of a complete carcass should further reindeer be found dead, allowing him to carry out more detailed tests.
“I hope I’ll be able to get closer to the answer if we can get hold of carcasses that come from the field and take the samples we want,” he said. “We only had the animals’ heads, so we were very limited in terms of what we could do with them. We are looking for an opportunity to examine a whole cadaver.” 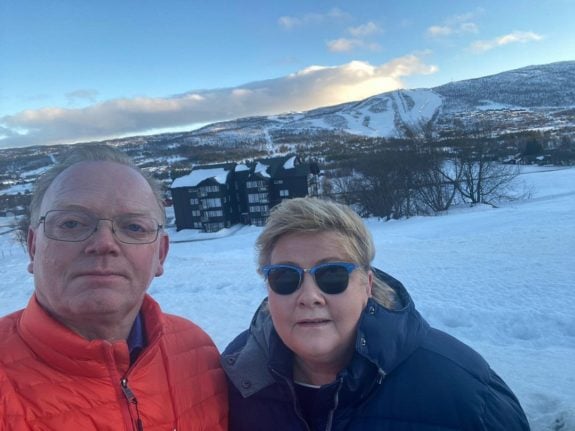 Photo by pichet wong from Pexels

The man, who was in his sixties, had been married more than once and also had children, national broadcaster NRK reports.

His name has been kept anonymous. According to neighbours he liked to keep to himself and when they didn’t see him, they thought he had moved or been taken to assisted living.

“Based on the details we have, it is obviously a person who has chosen to have little contact with others,” Grethe Lien Metild, chief of Oslo Police District, told NRK.

His body was discovered when a caretaker for the building he was living in requested police open the apartment so he could carry out his work.

“We have thought it about a lot, my colleagues and people who have worked with this for many years. This is a special case, and it makes us ask questions about how it could happen,” Metild said.

Police believe the man died in April 2011, based on a carton of milk and a letter that were found in his apartment. An autopsy has shown he died of natural causes.

His pension was suspended in 2018 when the Norwegian Labour and Welfare Administration (NAV) could not get in touch with him, but his bills were still paid out of his bank account and suspended pension fund.

Arne Krokan, a professor at the Norwegian University of Science and Technology, said the man’s death would have unlikely gone unnoticed for so long if he had died 30 years ago.

“In a way, it is the price we have paid to get digital services,” he said to NRK.

Last year 27 people were found in Oslo, Asker or Bærum seven days or more after dying. The year before the number was 32 people. Of these, one was dead for almost seven months before being discovered. 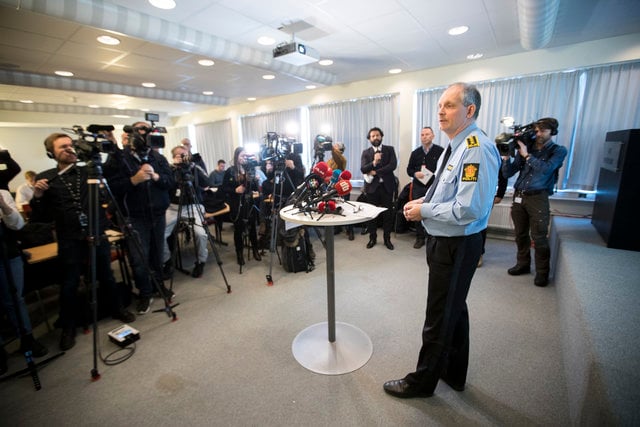