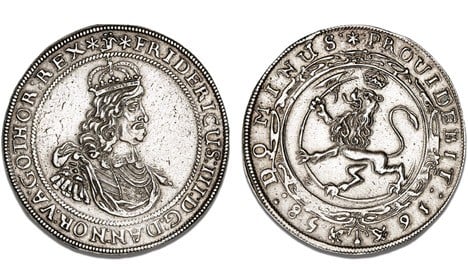 The Double Taler won the highest ever price for a coin auctioned in Denmark. Photo: Bruun Rasmussen

The so-called Double Taler coin was minted while Norway was under the rule of the Danish King Frederik III and fetched the highest ever price for a coin auctioned in Denmark when Copenhagen auction house Bruun Rasmussen sold it for 1.15 million kroner ($170,000) on Tuesday.

An unnamed Norwegian was the highest bidder and the new owner of the coin, which is the only one of its kind and in remarkable condition despite being over 350 years old.
According to Denmark's TV2, the auction house broke out in applause when the final hammer fell.
The winning bidder told Bruun Rasmussen’s Michael Fornitz that he viewed the rare coin as “the holy grail”.
“It is something that no one else has and no one else is ever going to have,” Fornitz told TV2.
The coin was originally created as a gift for King Frederik III’s Copenhagen art chamber but never made it there, possibly because of the outbreak of the Dano-Swedish War in 1657.
The coin has been in the possession of a family that first had it in Norway and later in Denmark.
According to Fornitz, the latest family members assumed possession of it in 1982 and it laid in a box with an assortment of other, mostly worthless, coins. Earlier this year, the family decided to see if their King Frederik coin was worth anything.
“It came as a bit of a shock – in a good way – when the price turned out to be a bit higher than they expected,” Fornitz said.
The coin sold for around 50,000 kroner less than its appraised value. 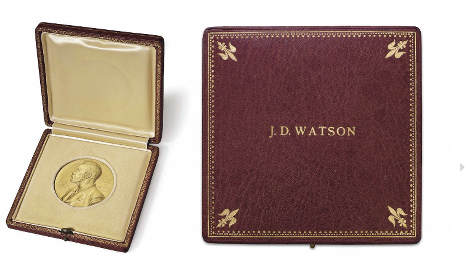 NOBEL
How much for that Nobel in the window? 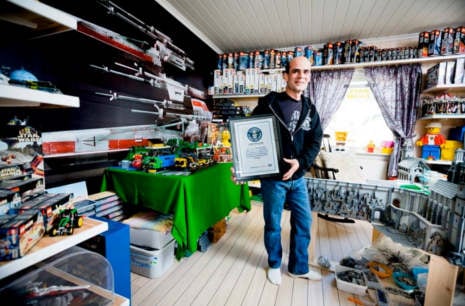