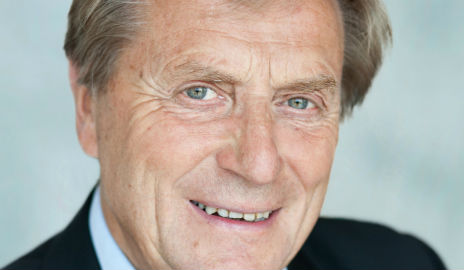 Svein Aasen, 69, stepped down after a disagreement with the government. Photo: Telenor

“I no longer have confidence in the chairman of Telenor's board of directors,” Trade and Industry Minister Monica Mæland said.  “I have now received new information about the matter” which should have been revealed earlier, she said without disclosing any details.

The Norwegian state is Telenor's main shareholder, with a 54-percent stake.

The largest telephone operator in the Nordic region, Telenor has been rocked by allegations of corruption in Uzbekistan involving the Russian group VimpelCom, in which it owns 33 percent alongside Russian billionaire Mikhail Fridman who owns 56.2 percent through the fund LetterOne.

VimpelCom is being investigated in the United States and the Netherlands for alleged kickbacks paid to a company linked to the daughter of the Uzbek president, in exchange for licenses in the country in the 2000s.Telenor has denied any wrongdoing.

In early October, the group announced it was putting its stake in VimpelCom up for sale.

In a separate statement, Aaser said he and Mæland had “different views on the handling of the VimpelCom issue.”