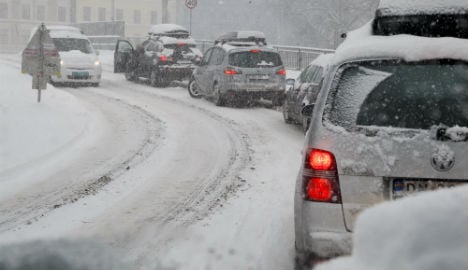 Pretty darn cold apparently. Major weather site Accuweather suggests the extreme chill will largely bypass most of Europe and the British isles, instead massing in Scandinavia which is predicted to experience an “abnormally cold” winter.

“While northwest Europe evades much of winter's cold air, areas from Denmark and Germany eastward through Poland, Belarus and the Baltic States will not be as fortunate. The first half of winter will only feature brief glimpses of cold air as the core of the cold continues to build over Scandinavia,” warns the Accuweather report.

On the other hand, US weather agency WSI predicts that the Nordic region will experience a warmer November and December than normal, although it suggests you still brace yourself for a colder-than-average January.2. How does it compare to last year?

2. How does it compare to last year?

Let's just say that if you moved to Norway in 2014 and thought that the winter was really not as bad as everyone had been telling you, you could be in for a nasty surprise.

While Norway's West Coast did experience record snowfall temperatures were also a lot milder than normal last year. According to Yr.no, average temperatures across the country were 2.3C higher than normal. At least it's probably not going to get as cold as the chilliest-ever temperature measured in Sweden: -51.4C in Karasjok, Finnmark, on January 1st, 1886. Brrr. 3. Is there any silver lining?

Do you like skiing? Good. According to Accuweather, Stockholm is going to get 66 snow or ice days between November and March, which bodes well for Norway (compare that to London or Paris, which are both predicted to experience only five snow days each). In the words of the site's senior meteorologist Jason Nicholls, it's going to be “a good season overall for skiers”.

In fact, parts of Norway have already had their first taste of the white stuff. The Norwegian Public Roads Authority was last week warning Norwegians to switch to their winter tyres to cross the country's central mountain passes. 4. How will I cope with weather that cold?

We know your sofa and a hot cup of chocolate will seem increasingly tempting as the mercury drops, but spending time outdoors is vital to stock up on Vitamin D which helps fight the winter blues and protects against colds. There are also plenty of things to love about winter in Norway, such as snow sports, the beautiful frosty Nordic landscape, prime ministerial pickled herring, and all the Christmas lights in people's windows. How to survive the Swedish winter. Photo: Ulf Lundin/imagebank.sweden.se

5. Are you sure the forecast is right?

Well actually, no. Long-term reports are notoriously hard to get right and Norwegian Metereological Institute refuses to provide long-term winter forecasts.  Last year, WSI predicted an extremely cold winter. In the end it turned out to be one of the continent's mildest winter for several hundred years, even leading to the Alpine Skiing World Cup being moved from the French Alps to Åre in northern Sweden.
“Long term forecasts can be capricious,” Norwegian weather site Yr wrote in response to the Accuweather forecast. “The models often provide a very wide spread of results. It's a bit like rolling a dice, and then looking at what is most probable,”  Metereological Institute researcher Rasmus Benestad said.
Url copied to clipboard!