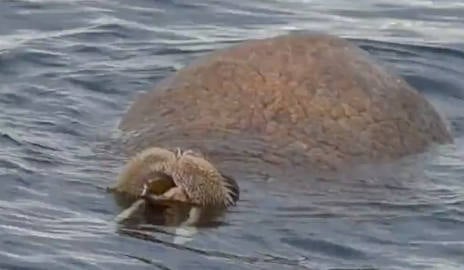 The walrus was filmed as it splashed around in the water on Sunday. Photo: Screen Grab
Architect Tormod Amundsen starting shooting the video after seeing the walrus gently splashing about in the harbour in Vardø, a town in Norway’s most northerly county of Finnmark.
But he soon noticed something peculiar.
“I did not understand why it turned and came back with fist-sized stones, and then swallowed them. The walrus did this several times,” Amundsen said.
“When I posted pictures on Facebook there was someone who said that walruses swallow stones for ballast when they dive. All the stones were round in shape, so the theory might hold water,” the architect said.
It is unclear whether his pub was intentional.
But Audun Rikardsen, professor in Arctic marine biology at the University of Tromsø, dismissed the theory.
“I’ve also seen walruses come up with stones, but I think that they just make a mistake when they dive down to find shells and other food on the seabed. They dive down to find clams and other things, and then use the absolutely enormous suction power in their mouths to suck out the contents,” he said.
“Rocks look very much like horse mussels. The walruses pick them up to feel what they are and then spit out the ones that are not edible,” the marine biologist explained. 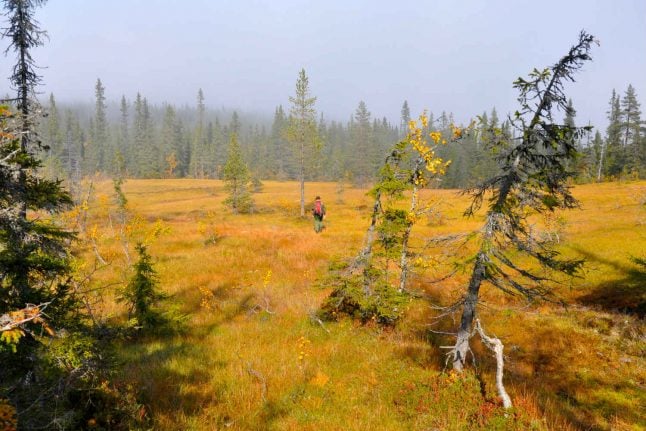 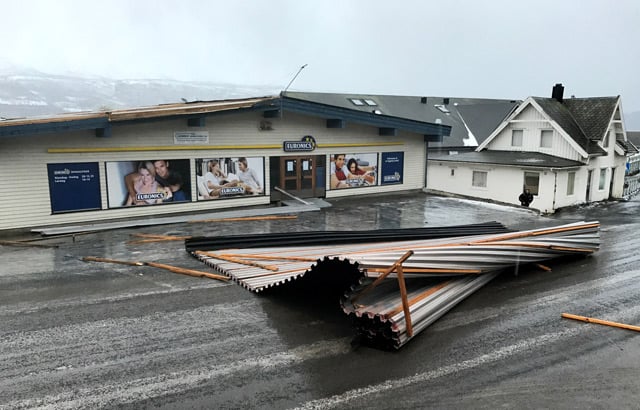