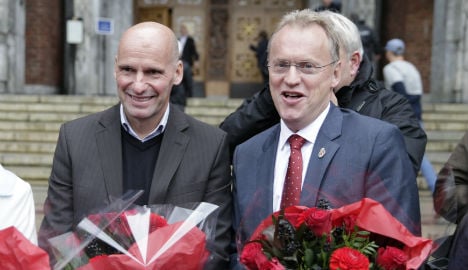 Geir Lippestad (left) with Oslo's new council leader Raymond Johansen. Photo: Vidar Ruud / NTB scanpix
Geir Lippestad, who when asked about defending Breivik in 2012 told France’s Le Monde newspaper, “I feel I have lost my soul”, was on Wednesday appointed as the city’s commissioner responsible for Industry and Ownership.
“I was very surprised and very happy,” Lippestad told Norway’s state broadcaster NRK, after his appointment was announced. “This is a an important area and one I am interested in, and it was impossible to say ‘no’ to this job.”
He said he aimed to use his position to aid integration and inclusion of foreign-born Norwegians.
“I wrote my first article about multiculturalism and inclusion when I was 18 years old and it has engaged me ever since,” he said. “I look forward to working with things that I find interesting. Oslo is in a situation where we need new and better policies on integration.”
Lippestad was one of seven city councillors appointed to serve under council leader Raymond Johansen.
He is one of the four councillor’s appointed by Norway’s Labour Party, and will serve alongside two green party councillors, Lan Marie Nguyen Berg, and one councillor Inga Marte Thorkildsen,  from the Socialist Left Party.
“Both Robert Steen and Geir Lippestad bring with them great experience from outside politics,” Johansen told reporters. “Theat we’ve got people from outside with a different kind of experience is something I am very pleased with.”
Johansen pointed out that it was the first time in Oslo’s history that women outnumbered men on the city council.
“The gender balance is not four-four but three-five,” he said.
Oslo’s new mayor is Marianne Borgen, from the Socialist Left Party, and its deputy mayor is Khamshajiny Gunaratnam from the Labour Party.
Lippestad is a longstanding member of the Labour Party and was in 2013 appointed chairman of Agenda, Norway’s leading left-of-centre think tank. 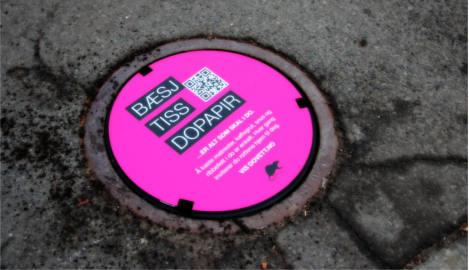