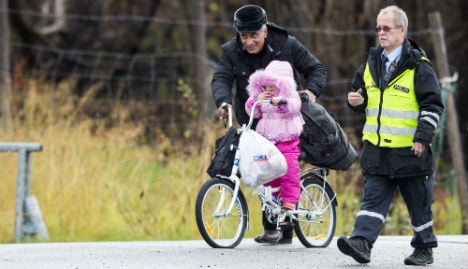 Since the start of the year, some 1,100 Syrians have entered the Schengen zone — of which Norway is a member, even though it is not a part of the EU — by crossing the Arctic and the Storskog border station dividing northern Russia and Norway.

“We see that some of those who are arriving via Storskog have lived legally in Russia for a long time,”  Norwegian Justice Minister Anders Anundsen told public broadcaster NRK. “This means they are not fleeing war, poverty or famine, and so they don't really need to seek safe haven in Norway. They already have safe haven in Russia,” he said, adding that Oslo and Moscow had a pre-existing agreement on such matters.

According to NRK, Anundsen will send a memo to immigration authorities urging them to prioritise the return of these people. The details of the memo were not immediately known.

Norwegian Foreign Minister Børge Brende said he had raised the issue with his Russian counterpart Sergei Lavrov during a meeting in Finland on Wednesday. While the Arctic route is a long detour, it is much safer for migrants who want to avoid perilous Mediterranean crossings.

Refugees have been crossing the Storskog border by bicycle, as Russian regulations do not allow people to cross the border on foot and Norwegian authorities consider it human trafficking to transport refugees across the border in a car.

Norway expects to receive a total of up to 25,000 asylum applications this year, most of whom arrive via neighbouring Sweden.