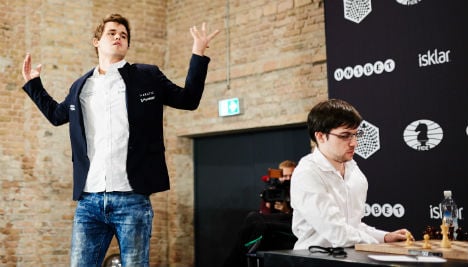 Magnus Carlsen at the World blitz in Berlin. Photo: Robert Schlesinger / picture alliance / NTB scanpix
The player’s use of the expletive, which translates more loosely as “shit” or “fuck”, left the polite and understated chess world mildly shocked.
“It is reasonably unusual. It is certainly a breach of how one should behave,” Ian Rogers, the Australian grand master and veteran chess journalist, told Norway's national broadcaster NRK. “I don't think Magnus would have done the same in a long chess game. It would have had far greater consequences.”
After winning the world championship in rapid chess on Monday, Carlsen only managed sixth place in the blitz chess, the first time he has lost a world championship in more than two years.
“I’m very disappointing with myself,” Carlsen told a press conference after the championship. “One thing is the game, but what I’m most disappointed in is how I tackled it.”
“I realize it looks pretty stupid to spin round and round and punch your hands in the air and then storm out like a moron.”
The loss sees another worrying loss of form for Carlsen, who this summer visibly struggled at the Norway Chess tournament in Stavanger, when he lost four matches, coming seventh out of the ten players. 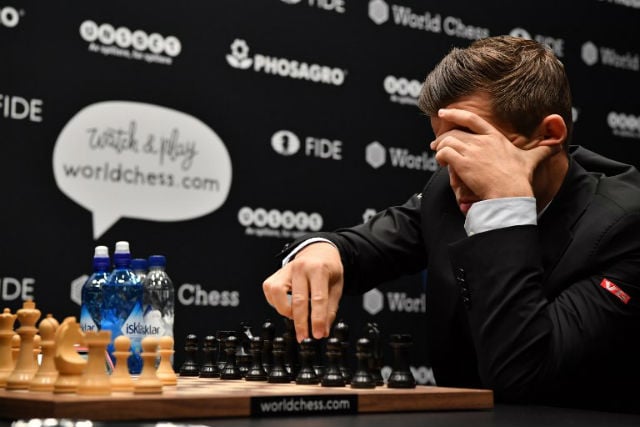