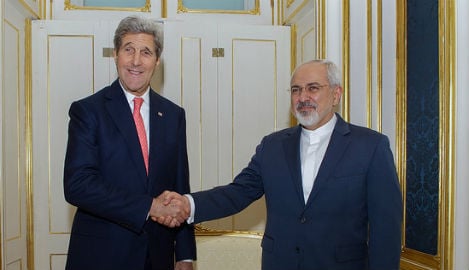 The only one of the six Nobel prizes to be awarded in Oslo — the others are announced in Stockholm — the Peace Prize is the one that garners the most attention and speculation.

But predicting the winner is largely a game of chance, as the list of nominees is kept secret for 50 years. This year 273 names are known to be on the list.

Some Nobel watchers agree that the honours could go to those working to ease the migrant crisis, which has seen more than 630,000 people flee war and misery in the Middle East and Africa for Europe, testing the limits of the
continent's generosity.

According to the head of the Peace Research Institute of Oslo (Prio), Kristian Berg Harpviken, the German chancellor is an obvious choice.

“Angela Merkel is the one who really took a moral leadership,” he said.

In the same vein, the UN High Commissioner for Refugees (UNHCR), which has already won the prize twice in 1954 and 1981, and Eritrean Catholic priest Mussie Zerai, who helps rescue migrants crossing the Mediterranean, have been tipped as possible laureates by Nobeliana, a group of historians who specialise in the Nobel.

While the past year has been marked by violence and tragedy in Syria, Iraq and across Africa, there have also been a few momentous steps towards peace.

In July, Iran's regime reached a historic deal with world powers to curb its nuclear drive in exchange for a gradual lifting of the crippling sanctions imposed on its economy since 2006.

“I think the work of the Nobel Committee … this year just got much easier,” Sweden's former foreign minister Carl Bildt tweeted at the time.

In such a case, the prize could go to the architects of the deal, US Secretary of State John Kerry and his Iranian counterpart Javad Zarif, and possibly even EU foreign affairs chief Federica Mogherini or her predecessor
Catherine Ashton, according to Peter Wallensteen, a professor at Sweden's Uppsala University.

If it were to make such a choice, the Nobel committee would continue its recent tradition of honouring anti-nuclear efforts in years marking the decade anniversaries of the 1945 bombings of Hiroshima and Nagasaki

In 1975, Soviet dissident Andrei Sakharov received the nod, in 1985 it was the International Physicians for the Prevention of Nuclear War, in 1995 it was Joseph Rotblat and the Pugwash movement, and in 2005 the International Atomic Energy Agency (IAEA) and its director Mohamed El-Baradei.

According to Wallensteen, if one were to follow that line of thinking, the International Campaign to Abolish Nuclear Weapons (ICAN) could be another contender.

Another recent peace breakthrough possibly worthy of the prize was in Colombia, where the government and FARC guerrillas last month reached a deal on justice with the aim of signing a final peace agreement by March 23, 2016.

But, as with the Iranian deal, giving the award to President Juan Manuel Santos and FARC leader Timoleon Jimenez now could be “a bit too early,” said Nobeliana member Asle Sveen.

Among other names mentioned as potential winners are Pope Francis, for his commitment to social justice and the environment, and Congolese doctor Denis Mukwege, who has treated thousands of women brutalised by rape in eastern Democratic Republic of Congo.

And as with every year, no Nobel speculation would be complete without the list of Russian activists and organisations who jealously guard their independence from President Vladimir Putin: activists Svetlana Gannushkina and Lyudmila Alexeyeva, NGOs Memorial and Agora, or the newspaper Novaya Gazeta.

“It starts to look like a sin of omission not to have given a prize in Russia's direction,” Harpviken said.

The fight for freedom of expression could also be tapped in a year that has seen the Charlie Hebdo attacks in Paris and the Copenhagen attacks.

Denmark's Flemming Rose, who published the Mohammed cartoons in daily Jyllands-Posten in 2005, jailed Saudi blogger Raif Badawi and whistleblower Edward Snowden are names mentioned if the committee were to go that way.

Of course, the Nobel committee could also pull another name out of its hat — the world will only know on Friday at 11:00am