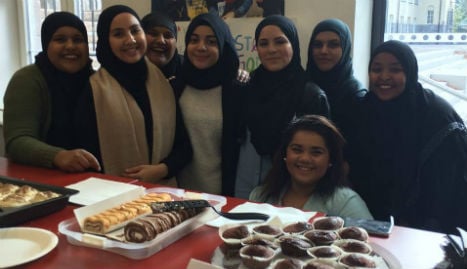 So far this year, 13,490 people have applied for asylum in the country, with 4,900 arriving in September alone. Last year, a total of 11,480 sought asylum in Norway, with a dramatic recent increase taking place due to a large influx of Syrian refugees fleeing the ongoing civil war.

The Norwegian Directorate of Immigration (UDI) says that it expects a still larger 30,000 refugees in 2016.

UDI are now asking Norwegians to open up their homes to asylum-seekers, as municipalities only have the capacity to house 11,000 refugees.

“I think it’s tricky for municipalities to be able to find housing for all,” UDI director Frode Forfang told Norway’s state broadcaster NRK. “I think it is absolutely essential that private people rent out”.

He added that letting to asylum seekers was not especially complicated.

More than1800 Norwegians have already applied to open up their homes to 4500 refugees via the private on-line initiative tilfluktshjem.no.

Jon Olav Ryfetten, who started the site, which allows ordinary Norwegians can sign up to house refugees, told broadcaster TV2 that he wanted to translate the commitment to helping refugees he saw on social media into something more permanent.

“We wanted to create a national platform that quantified and shows the location of people who are willing to open up their homes,” he said.

A list of 1,600 people who are willing to house refugees has now been handed over from tilfluktshjem.no to the Norwegian municipalities.