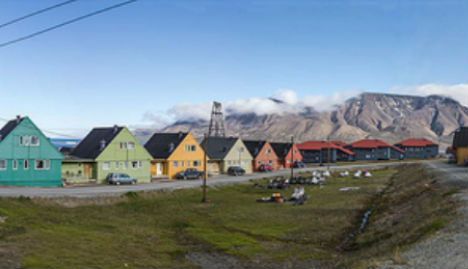 The broadcaster commissioned the ten-part series, which will portray the life of Longyearbyen inhabitants, from the UK production company Hello Halo. The series will be aired on BBC Earth next year.

“Svalbard’s combination of larger than life characters who have chosen to live almost completely ‘off the grid’ will captivate our international audiences,” Julie Swanston, BBC Worldwide's vice president of commissioning, told World Screen, a US broadcast media news site.

“We’re very excited to be partnering with Hello Halo to bring the town of Longyearbyen, an isolated outpost in the breathtaking wilderness of Svalbard, to the world.”

Longyearbyen, with a population of 2,000 people, is the world's most northerly town. Many of the residents work in mining, with the average inhabitant staying 6.3 years before moving elsewhere.

The new series will follow some of Longyearbyen's inhabitants, as they live their everyday lives in extreme Arctic conditions in an archipelago where polar bears outnumber people.

Longyearbyen is not a normal Norwegian town, as there are few inhabitants over retirement age, no welfare payments are made to people in the archipelago, and no nursing homes are available.

More men than women live there, as many chose to work on Svalbard while their families stay on the mainland.

“With extreme Arctic conditions, three months of total darkness and the ever-present danger of polar bears, Svalbard is not your average neighbourhood. I'm thrilled to be able to bring this strange and quirky world and its even quirkier inhabitants to audiences across the globe,” Wendy Rattray, executive producer at Hello Halo, told World Screen.