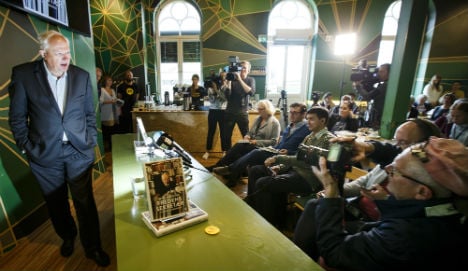 Olav Njølstad, the current director of the Nobel Institute told VG in a text message that Lundestad had been asked to leave his office by New Year.

“Lundestad has had an office for free at the institute while working on this book project. We have talked together, and in light of the committee's statement we have decided that that order ends at New Year,” he said.

On Monday, the Nobel Committee issued a statement accusing Lundestad of breaching a confidentiality agreement, a claim that Lundestad denies.

“Lundestad has violated on several points his promise of confidentiality,” it said, adding that in 2014 the ex-secretary had signed an agreement binding him to confidentiality for 50 years.

In his recently released book “Secretary of Peace”, Lundestad questions whether US president Barack Obama and Kenyan environmentalist Wangari Maathai were the most deserving recipients of the prize.

Lundestad also criticised the lack of knowledge and other failures of some of the members of the Nobel committee that select the recipient of the Nobel Peace Prize.

Although Lundestad says he is pleased with the debate the book has caused and the criticism it has received, he feels that asking him to pack his bags is a step too far.

“I must say that I'm upset. I am writing a new comprehensive book about Nobel and will have to be at the Institute a lot anyway, because that is where many of my sources are, so it's very stupid,”  he told VG.

“But in light of what has happened, it's possible to see that some people are OK with me no longer having an office. I understand that perspective.”