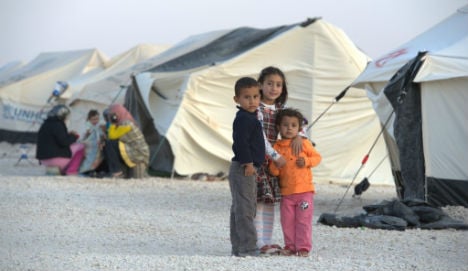 Stormberg, which makes clothes for hiking and skiing, gave 223,000 Norwegian kroner (about $27,000), making it the latest in a string of Norwegian businesses giving money to help alleviate Europe's refugee crisis.

According to chief executive Steinar Olsen, no one in the company had expected the level of criticism and hate the gesture generated in social media.

“It’s not nice, and it surprises me a bit,” he told Norway’s E24 news website. “If you look at the stuff that emerges in social media, it is quite obvious that there are strong currents in parts of Norwegian society who in no way wish refugees welcome,” he added.

“It’s a pity, I was a good customer… it’s the last time I'm going to buy anything from you,” one customer wrote.

On Stormberg's website, Olsen said that the criticism had only made the company more determined to help.

“We know that we have lost customers as a result of contributing money to the biggest refugee disaster since World War II,” he wrote.

“But the fact that we lose some customers will not lead to less involvement of refugees. On the contrary. Stormberg has today decided that we should make an extra effort to provide work for some of the refugees. We establish the objective that we should have a refugee working in every store.”

Hotel owner Petter Stordalen, who offered refugees 5,000 nights in his hotels, has also received threats from people against immigration.

“I haven't given it a moment's thought,” he told VG when informed of the comments.

Norway’s Prime Minister Erna Solberg downplayed the significance of those complaining on social media. .
“It’s a small but very active group behind these comments,” she told E24. “It is even more important that we show that we don’t share their opinions, and that we are doing what we can for refugees who come to Norway.”