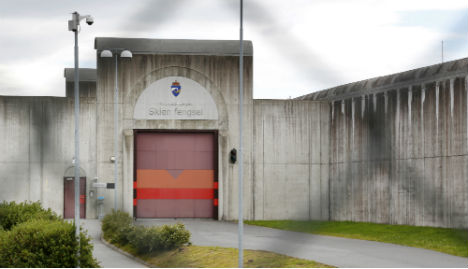 “To stand face to face with Behring Breivik does something to you,” explained Ingeborg Kivle,  head of the Norwegian Prison and Probation Officers Union at the prison, told the Fri Fagbevegelse trade union magazine.

“It is a drain on the staff, but we humans are different, so it affects us all differently. I want more one-to-one guidance.”

Breivik in 2011 bombed the government quarters in Oslo, killing eight people, and then opened fire at a political youth camp, killing 69 more.  He has been serving his sentence at Skien prison since September 2013, after he was moved from Ila Prison near Oslo.

Staff are now complaining that Breivik's continual complaints, demands, and correspondence has become a drain on the entire prison.

“Both staff and inmates are experiencing the drain, ” said Ole Martin Aanensen, Kivle's deputy in the union.  “Anders Behring Breivik always gets the first priority. Everything else being pushed down the list. It makes us vulnerable.”

Since his arrest in 2011, Breivik has complained frequently about conditions in prison, making demands ranging from better video games to the right to converse with other prisoners.

The number of demands made, as well as the task of monitoring the large number of letters Breivik sends and receives takes up resources, requiring a prison lawyer to work full time.

“To fight radicalization, we must be present, observe and interact to get an overview of how things are. It requires human resources. Technology can not replace a prison officer,” Aanonsen said.

In July this year Breivik took the Norwegian prison system to court, claiming that his isolation in prison was a violation of his human rights.

Ole Kristoffer Borhaug, the head of Skien prison, agreed that Breivik's incarceration was putting pressure on the organisation.

“Skien prison has limited staff resources. When we have an inmate at the section with 'especially high security', it is difficult because we need a lot of human resources for that department.”