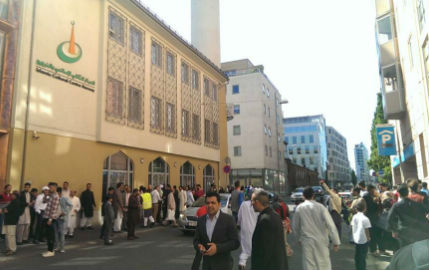 At least 700 new refugees, mainly from Syria, are expected to arrive in Norway this week and the UDI is coordinating with charities and other organisation who can provide temporary accommodation for those arriving.

The Islamic Cultural Centre, Norway's oldest mosque, had offered the UDI assistance by providing shelter, an offer that has now been denied.

“We have enough volunteers and sanitation is in place. If we can help, we are ready,” Arshad Jamil of ICC told Norway's state broadcaster NRK.

The UDI's call for organisations to offer accommodation to make up for its shortage of beds has already been met by the Norwegian Red Cross for assistance, which has offered 60 beds for for overnight visitors, and the Norwegian Armed Forces, who have pledged to make available disused military barracks.

Frode Forfang, the UDI's director, said that the directorate could not use religious organisations.

“Those behind an offer of reception may well have basic values, even if they are religious or political. We could have used the Salvation Army, or the Church City Mission for that matter. But the actual offer needs to be neutral,”  he said, adding that in the ICC's case, the building itself was religious and therefore not suitable.

Jamil said he did not believe the ICC's facilities were in any way different from those of the Church City Mission.

“This building is a cultural centre. The Mosque is just a small part of that,” he said.