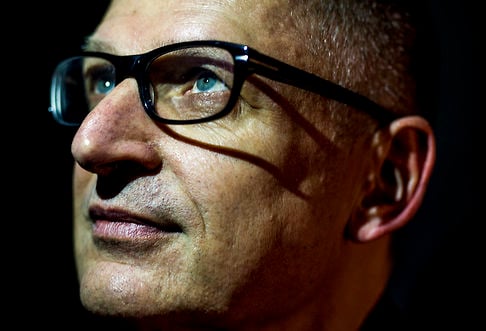 Flemming Rose. Photo: Søren Bidstrup/Scanpix
Danish newspaper editor Flemming Rose will receive 100,000 Norwegian kroner (roughly 80,000 Danish kroner) from the free speech group Fritt Ord for his “steadfast defence of free speech” over the past decade.
Fritt Ord wrote in a press release Monday that Rose has consistently pushed forward the notion of free speech as a basic human right.
“On September 30, 2005 Jyllands-Posten published a page with 12 different cartoons, each of them caricatures of the prophet Muhammad. That was the start of one of the most important debates over freedom of expression in modern times. Ten years later, it is still not finished,” the group wrote.
Rose currently serves as Jyllands-Posten’s foreign editor but was the culture editor who commissioned the Muhammad cartoons. He was very vocal in the aftermath of January’s Charlie Hebdo attacks in January and has been a frequent presence in the international media speaking about threats against the freedom of speech.
See also: Danish editor slams US 'political correctness'
Both Jyllands-Posten and Rose personally have been under police protection since the Muhammad cartoons were published.
Rose will be honoured by Fritt Ord along with Norwegian journalist Vebjørn Selbekk, who as the editor-in-chief of Magazinet republished the Muhammad caricatures in 2006. Earlier this year, he released the book ‘Fyktens makt’ (The Power of Fear) about the publication’s effects on Norway.
Rose too is due to release a book looking back on the decade that followed the Jyllands-Posten cartoons. That book,' Hymne til friheden' (Hymns to Freedom), comes out in September. Rose also wrote the book ‘The Tyranny of Silence’, which detailed his reasoning for publishing the cartoons.
Rose and Selbekk will receive their prize sometime in September, Fritt Ord said.
Rose was also unsuccessfully nominated for the Nobel Peace Prize earlier this year by a Norwegian MP. The Danish press club awarded him its annual Publicistpris for “being a strong and central actor in the international debate about freedom of speech.”
Url copied to clipboard!