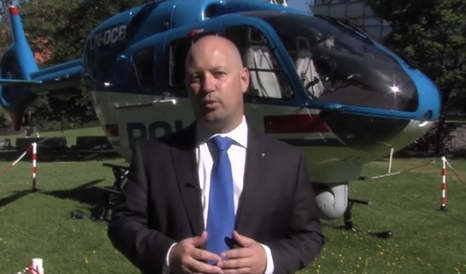 In the video, published on Monday, Anders Anundsen said he had been compelled to make the video to counter the media's “negative slant”.

“As a politician, one of the most frustrating things is that the media is keen to find a negative slant on the issues. That's why we have made a film of our own, that will focus on what the government thinks is important for your security,” he says in the beginning of the video.

Per Lægreid, a politics professor at the University of Bergen and one of Norway's foremost experts on the way Norway's ministries function, said that he was surprised at the video.

“It has some Kim il-Sung tendencies, and it somewhat resembles North Korea,” he told Dagbladet.

Arne Jensen, head of the Association of Norwegian editors, told VG that it was wrong for a minister to attack the press in a government video.

“I realise that the Department of Justice has a need to inform people about what has been done, but when Norway's coat of arms is used as the stamp of approval for him regretting that we have critical press, he, as Minister of Justice, has a problem,”

In the 30 minute video Anundsen visits a prison, poses in front of a police helicopter, and takes a ride on Norway's most modern police boat

Throughout the video, Anundsen is interviewed by government officials and civil servants.

Kjetil Stormark, a documentary maker who has written two books about Breivik's attacks attacked the video for its questionable ethics.

“He is making it look credible by using a journalistic format and using journalistic material,” he told Dagbladet. “The storytelling technique is on the borderline of what can be perceived as ethical.”

Anundsen denied that the film was propaganda.

“This is not a propaganda video, it's an objective informative video,” he told VG.