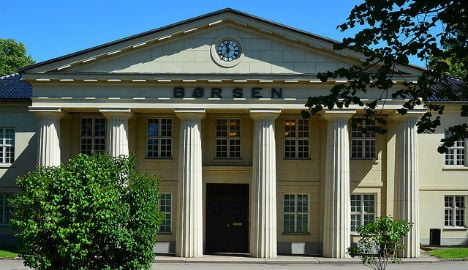 Oslo's Stock Exchange building. Photo: George Rex/Flickr
Several Chinese indices fell by around eight percent in early trading on Monday, as a stockmarket boom largely powered by Chinese retail investors came to a dramatic end.
Norway stockmarket was one of the worst affected in Europe, as China’s slowdown is expected to drag down on the oil markets that are such an important part of its economy.
Of the 167 companies listed on the index, only four small and insignificant companies saw their shares rise.
“When you look at how quickly markets have fallen in the last few days it seems that there is an overreaction,” Paul Harper, equity strategist at DNB Markets told Norway’s Aftenposten newspaper
“What is happening in the Chinese stock market is not that important for European markets, the stock exchanges in Europe and the US are reacting to weak macroeconomic data from China,” he said.
Market observers have been watching China anxiously for weeks as the country suffers an abrupt slowdown in economic growth.
The latest loss of value comes in spite of massive Chinese government efforts in recent weeks to shore up markets in the country.
Shanghai’s stock market has now lost all of the value it had added in the course of 2015. 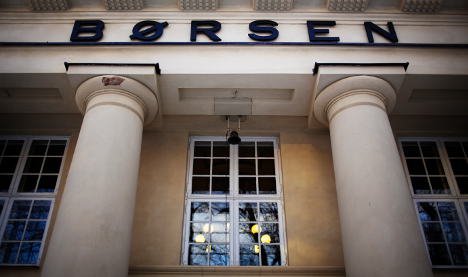 By 10am, Norwegian share prices were up by 7.2 percent, while action on the stock exchange floor propelled Olsen prices up by 10.9 percent.

The rising price of oil was cited as a contributing factor to Wednesday's increase at the Oslo Stock Exchange. The oil price rise held study into Thursday, with a barrel of North Sea oil set at $108.82.

Key European stock exchanges, including London's FTSE and Frankfurt's Dax also crept up on Thursday by 1 and 1.3 percent respectively, while the CAC in Paris increased by 1.1 percent.