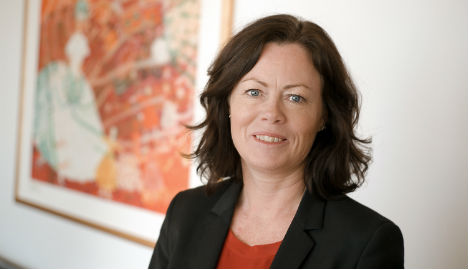 The report, published by the Committee on the Elimination of Racial Discrimination, argues that Norway has failed to taking the connection between right-wing extremist violence and hate speech seriously enough.

The report concludes: “Norway should take right-wing extremist violence seriously, investigate it as a hate crime rather than portray [instances of] it as unrelated and sporadic incidents, and maintain continuous vigilance against hate speech, including on the Internet.”

The report make a strong connection between the terrorist attacks on 22 July 2011, when 77 people were killed by the right-wing extremist Anders Behring Breivik, and the “extremely violent and hateful ideology” circulating on the internet in Norwegian.

As well as the report,  Solveig Horne, Norway's  Minister for Children, Equality and Social Inclusion, was questioned by a UN panel in Geneva on Tuesday over how her government was improving the way it tackles hate crimes and other forms of discrimination.

According to Norway's Aftenposten newspaper, Horne at one point had to ask for a break in the proceedings because the questions from the committee had become too heated.

“A member of the committee asked a critical question where he asked us to take action against racism in the political debate,” Horne told Aftenposten. “I asked for a couple of minutes so that the Norwegian delegation could coordinate a response.”